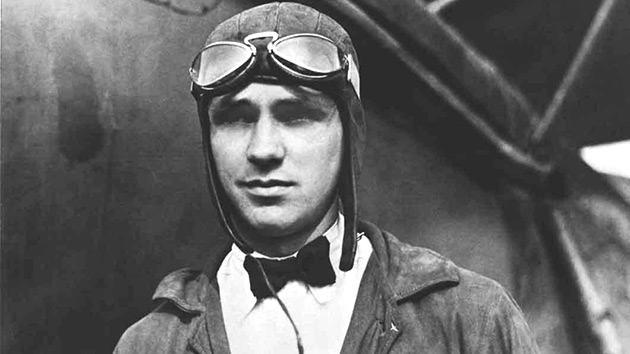 As chief executive officer of Jeppesen, I often share this story when introducing people to our company. We provide aeronautical navigational information, and last year we celebrated 80 years -- the past 15 as part of Boeing. I think it represents the spirit of the people who pioneered aviation, and the somewhat serendipitous nature of our world. The story is from "Captain Jepp and the Little Black Book," a biography of Elrey B. Jeppesen, the founder of Jeppesen, who was an airmail pilot in the earliest days of commercial aviation. "Jepp," as he was widely known, would go on to have a long and distinguished career in aviation, but he is best recognized for having developed the first charts for instrument flying. Jepp is enshrined in the National Aviation Hall of Fame, and was honored among the pioneers of aviation at Kitty Hawk, N.C., on the occasion of the celebration of the centennial of flight in 2003.

"One time, when I was living in Cheyenne, they called me around ten o'clock one night and said they had a couple over at the Rock Springs airport that Slim (Lewis, Jepp's boss) wanted me to fly to Salt Lake that night. Well, I went out there and flew to Rock Springs and picked them up in the 40B. It wasn't the easiest thing in the world. The Rock Springs airport was down in a ravine just south of the city -- a pretty tight squeeze -- with mountains all around. When you were going to take off at night, the field manager would drive his car down to the very end of the runway and we'd follow him with the airplane to get a good long run so we could make a quick turn before we got to the mountains.

"Everything went great that night and, as it turned out, my passengers that night were Mr. and Mrs. Bill Boeing!"

The story shows just how far aviation has come in a relatively short time, and the tremendous legacies left by people such as Jepp and Bill Boeing. Sometimes I stop and think about how different it might be today had that flight from Rock Springs to Salt Lake ended differently. In the early years of flight, pilots didn't have proper navigation maps, nor was there much of anything in the way of radio aids to navigation. But Jepp, who understood both the joys and potential dangers of flight, had the foresight to collect notes and sketches about landmarks, terrain and airfields in a 10-cent notebook. That little black book became the Jeppesen Airway Manual, the standard for accurate, flight-critical information.

When I think about where aviation is today, and how those early notes and sketches have evolved into digital navigation charts and electronic flight bags, I am humbled by the vision of pioneers like Jepp and Boeing. I am also reminded of how important it is to build a foundation for the next generation of innovators.