One cannot realize the excitement and mystery in 1953-54 when the 367-80 jet airplane -- nicknamed the Dash 80, the precursor to the 707 -- was being built, and then the thrill to see it fly and become successful.

It was obvious that the company was breaking out into a fast field and we were already in the lead. The KC-135 -- a military refueling tanker that was the first offspring of the Dash 80 -- was a success from the start, and the 707 seemed to be selling really well right from the beginning, too. (We already had orders for almost 50 airplanes!) So the energy level was as high as it could get. Everyone was excited and putting out 120 percent. It was a great experience for me, a groundbreaking experience that in my opinion was not equaled by any other programs that followed.

The 720 and 727 jets were exciting airplanes, too, but by that time we were "old hands" and we were simply extending our skills to match a new and challenging jump in the technology -- and we made every jump, with room to spare. The 720B was not a quantum leap in technology but a wonderfully executed aerodynamic and power-plant refinement that produced a much-loved little hot rod. The 727 was the culmination of outstanding engineering in every discipline -- aerodynamics, mechanical systems and structures -- and as it was then, it is still admired by airline pilots.

At that time, in 1962, Boeing engineering and manufacturing had reached a new level of excellence and was unmatched in the world. During that period I was a training supervisor presenting courses in 727 familiarization. I was also conducting factory tours. I was having a great time and even getting paid for it! 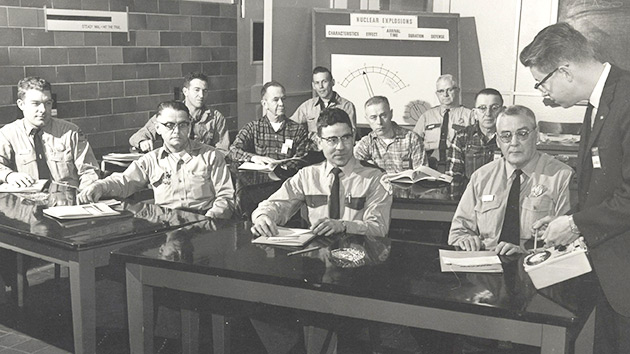