I am a Royal Aeronautical Society volunteer involved in an amazing schools project sponsored by Boeing UK that provides kit planes to schools. The two-seater kit planes are constructed by school pupils with help from volunteers like me.

The aim is for each aircraft to achieve its Permit to Fly, allowing pupils involved with the project to carry out and experience flight and take to the skies in an aircraft they have assisted in building. The LAA provides the airworthiness and operation limitations on behalf of the Civil Aviation Authority. Known as the Schools Build a Plane Challenge, this project is also active in promoting STEM (science, technology, engineering and math) through outreach activities such as STEM events, air shows and conferences.

I have had the privilege of taking some of the young people flying and seen how this project has given them new skills and experiences -- but most of all, a huge sense of achievement. I recently had the honor of flying one of their aircraft in the Royal Air Force's premier airshow at Cosford.

We celebrate Boeing's 100th and the RAeS 150th anniversaries along with the project's success. I would like to say thank you to Boeing for enabling this fantastically inspiring project. 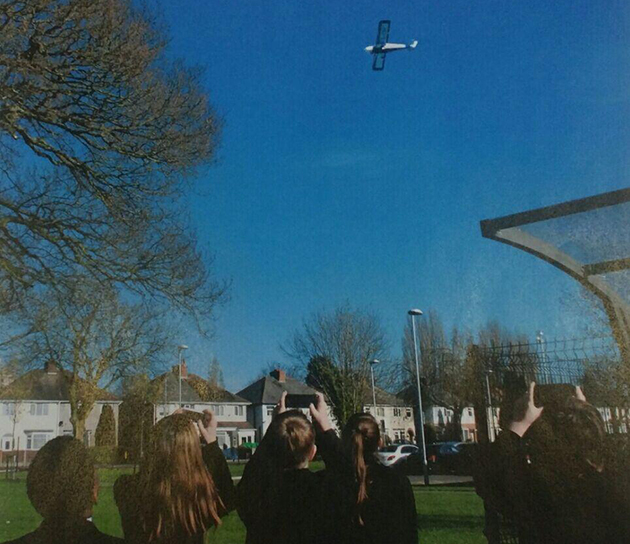 Students watch their plane flying over their school.