In 36-plus years with Boeing I've met many interesting, fascinating and accomplished people. What else would you expect when working in the world's leading aerospace company? Little did I know that on a snowy night in January 1998 at the London Hilton on Park Lane, I'd meet the one person who would effectively teach me my craft.

Ralph Zoellner was the longtime McDonnell Douglas/Boeing representative in the British capital. He was unique. His job was to understand the British customer. It is most accurate to say he did. He achieved what is now referred to inside of Defense, Space & Security as "unparalleled customer understanding." He would relay customer views and desires to Boeing executives and managers and suggest courses of action.

What was different about Ralph was his zest for life and how he went about doing what he did. While I greatly miss his enthusiastic phone greeting -- "BAAAAAA-AB!" -- I'm fortunate to carry with me daily the lessons of how he interacted with customers, learning it's best to listen more and talk less.

By way of background, Ralph was a successful McDonnell Douglas salesman starting with the acquisition by the German air force of more than 180 F-4 Phantoms in the early 1970s. He carried those skills to the United Kingdom, where he was involved in sales of Harriers, C-17s, Apaches, Chinooks, long-term sustainment efforts and others, including posthumously now the P-8, which the U.K. Ministry of Defence has just announced.

Another of the lessons learned from Ralph was to take the long view. Defense sales cycles occur over long time horizons, and Ralph would frequently remind me, "Today's squadron leader might become a future air chief, and it is best to know customers for the long term, not just when you work with them."

Ralph also redefined the term "office." He had the good fortune of meeting his customers in many of the best of London's restaurants. It proved a fertile stage for conversation and to gain personal insights into the people who managed Britain's defense. A lesson learned from Ralph: Relationships matter! At the core of sales and marketing is the essential ability to meet and talk with people.

On a personal basis, I miss Ralph whenever a new movie is released that he would find of interest. Ralph and I attended well over 100 movies during the time I had the fortune know him. He loved cinema. It was an outlet for creative mental energies.

In the end, Ralph was taken far too soon, in July 2013. As a measure of his impact, one cannot forget the memorial service at St. Clement Danes Church, the Royal Air Force's chapel. Former chiefs of air staff, four- and three-star generals from the Ministry of Defence, and industry attended, but so did many ordinary folk. He loved a wide circle of friends, as people mattered. While Ralph Zoellner is sadly gone, the lessons he taught still ring. 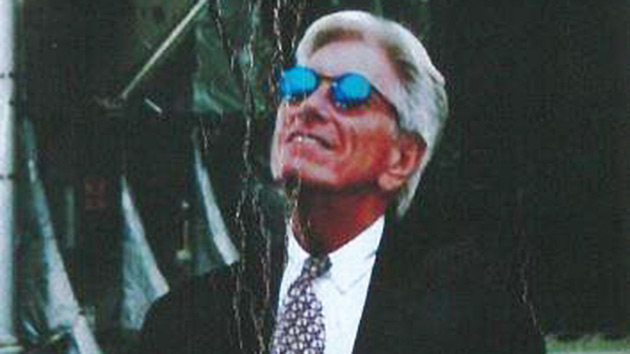