I started as a volunteer on the 727 project in May of 2004. The request was to remove useable parts and assemblies from a retired FedEx 727-25C freighter that was donated to the Museum of Flight. I thought it would be necessary to keep accurate records for future events. I started using forms furnished by the Quality Assurance organization of The Boeing Company for these records.

A onetime leader of the Boeing 777 program helped us with Boeing 727 drawings. This help was also invaluable to us in the restoration process. During this time, Boeing was able to continue supplying much-needed hardware and material.

Under my direction as 727 crew chief, the restoration team began to install the missing parts on the UAL (United Airlines) 727. We used a 16-mm reader and the airline's microfilms for this airplane, which were invaluable to us and the SOAR team, an aircraft repair company.

On April 16, 2015, the team arrived at the Museum of Flight Restoration Center to survey the UAL 727 and decide if they would support to completion the airplane's restoration. A lot of the decision to support it was based on the records of rework, removal and installation of parts, etc.

The Museum of Flight accepted the proposal and the team began the UAL 727 restoration on Jan. 8, 2016, completing the task on March 4, after the airplane was FAA-certified on March 1. The UAL 727 flew on a successful flight from Paine Field to Boeing Field on March 2.

I have enjoyed working with all of my crew, and thanks to all of you for the fantastic support to the 727 restoration project. This airplane's last flight never would have happened without the great restoration crew that I had. I am sure we were all elated that the airplane made its final trip with no problems. 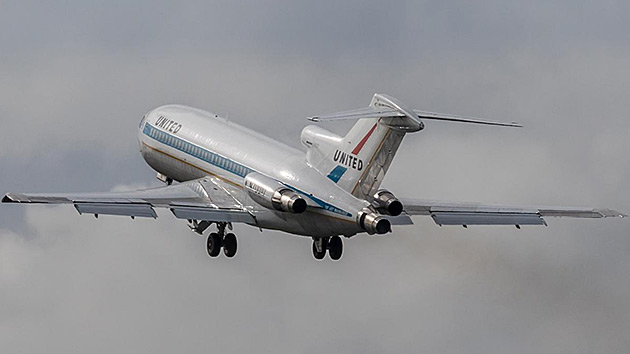