Right out of high school in 1960, my dad told me to "go see our friend Art out at North American Aviation." He did the hiring for NAA. Art said he would hire me, but the job would probably only last for six months.

My first job was on an F-86 modification line installing things in the wheel wells. That only lasted a short time. The guy who did the cabin sealing and pressurizing needed some help, and since I was small they asked me if I wanted to work with him. So I became a cabin sealer. That saved me from being cut before my probation period was over.

After a couple of years of being a cabin sealer, my lead man told me I should become an aircraft electrician. He said, "That's where the money is." So I did, and that ultimately led to me becoming a final assembly checkout electrician. Now I was making the big bucks.

Those were the good old days when they would give me a completely rewired F-100 airplane, and it was my job to check out all the systems to make sure everything worked before it left the hangar. They gave us a set of tech orders and schematics and told us, "Make it work."

After a short layoff, in 1973 I was hired at Rockwell working on the B-1A program as an electrical mock-up tech. When President Carter canceled the B-1A program, I went to work on the Space Shuttle program in Palmdale, Calif. I worked on the program until the last one was delivered. Then I was picked up by the B-1B flight-test program at Edwards Air Force Base, where I was mainly involved with the flight-test instrumentation system.

In December of 2000, my friend Mark thought I was cut out to be an engineer, so I left my union job after 40 years and took a salaried job as an instrumentation engineer. There were some times when I cussed him for talking me into taking the job, but most of the time it was a great job and a fun challenge. I worked with a great bunch of people for the 10 years I was an engineer. It was really sad leaving all the friends I had worked with for all those years, but it was time to go. Fifty years is long enough for anyone. 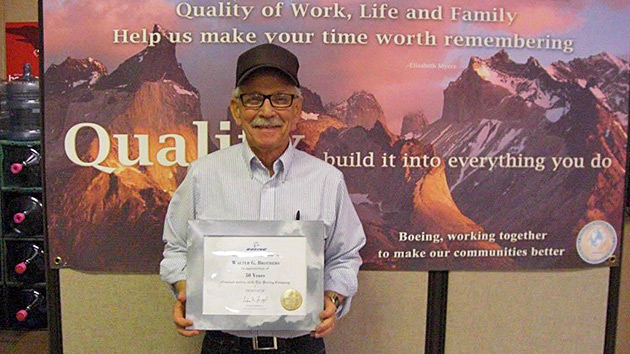