As told to me by my grandfather, Roy "Bud" Dewing...

It was great work to have back then, to be a Test Flight Engineer on the B-29s. This was back in the 1940s. They were just coming off the assembly lines.

It could also be exciting. There was one day that the landing gear wouldn't come down. Kenneth Nill, our pilot, did a beautiful job of landing her. I don't remember getting out, though, just suddenly standing outside on the grass and looking back at her. The fuselage was shredded, but we all survived just fine because of Nill's flying skills.

We even did some early tests of refueling while in flight. We would harpoon out a rope from the B-29 that had a parachute, and the other aircraft would send out their own rope that was attached to the refueling tube. Once both the ropes were intertwined I'd have to start hauling them in. The problem, though, was that it was too much stress. The refueling tubes would fall apart mid-try. I'm sure some Kansas farmers were scratching their heads, wondering where the strange metal tubes were coming from. 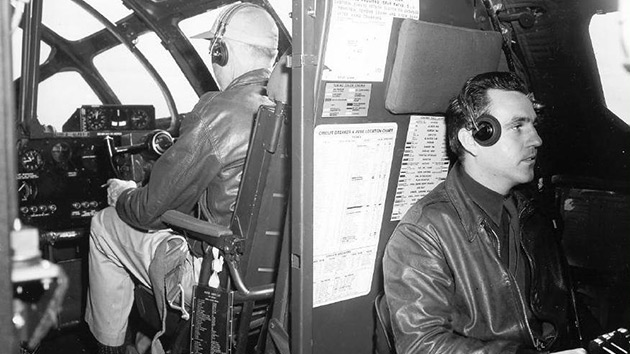