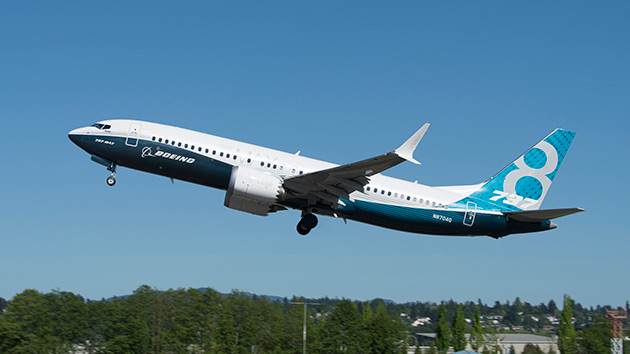 The first 737 MAX is on track to deliver ahead of schedule, the leader of Commercial Airplanes said at the annual Boeing investor conference Wednesday morning. The 737 MAX is being assembled exclusively in Renton, Wash.

Boeing is accelerating delivery of the first MAX to an unnamed customer in the first half of 2017, Commercial Airplanes President and CEO Ray Conner told analysts meeting this year in Bellevue, Wash.

The first delivery previously had been scheduled for 2017's third quarter.

Boeing leaders said the accelerated delivery schedule is a testament to the progress being made by employees in the MAX flight test program and in production.

"We have strong indication that some MAX customers want to start utilizing the airplane in their fleets as early as possible," said Keith Leverkuhn, vice president and general manager of the 737 MAX program. "Given the airplane's performance in flight test to date, we believe that we can accommodate some customers in the first half of 2017."

According to Sales orders and deliveries figures, there are currently 3,098 orders for the 737 MAX from 65 customers.

Lee Favour, 737 MAX performance leader, said the MAX team looked for opportunities in lab testing to anticipate and test potential issues before the systems were incorporated onto the new airplane for the first time.

"The work is paying off," said Favour. "The fourth and final MAX test airplane made its first flight Saturday and performed beautifully."

The first airplane completed the first flight on Jan. 29. The first production airplane has rolled out; the second is scheduled to roll out in the next couple of weeks; and the third enters final assembly Thursday.

Final assembly line employees in Renton, Wash., work on the second production 737 MAX (left). It is scheduled to roll out of the factory in the next couple of weeks.