What do a military hydrofoil model, a stuffed platypus, Boeing News magazines from the 1940s and a 1970s cafeteria tray have in common?

They're among the items brought to the March 11 open house at Seattle's Museum of Flight for possible inclusion in an exhibit in The Boeing Room to open later this year.

“There were some very interesting and original artifacts but what really surprised me were the people that brought them and their stories – that turned out to be the greatest find of the day," Lombardi said. Flight test engineer Mike Leach brought in a stuffed platypus that flew on every flight of the 787 Dreamliner ZA003 – the third 787 built – including the marketing Dream Tour. Tom Sanderson, Flight Test Operations manager, figures the platypus, nicknamed Webber, flew the equivalent of 17 times around the world.

Boeing will hold a second open house on April 3. Those interested can still sign up online to reserve a time for evaluations, which do not include appraisals. Selected artifacts will be displayed in The Boeing Room exhibit in the museum’s Red Barn, Boeing’s original airplane factory. The display will run late May through mid-September to celebrate Boeing's Centennial.

To learn more, visit our web page for this event and join us this year with events, activities and commemorations that celebrate not only our first century of innovation but also the people and moments that inspire us to live by our founder Bill Boeing’s philosophy -- “build something better.”

By Dawsalee Griffin and John Flick 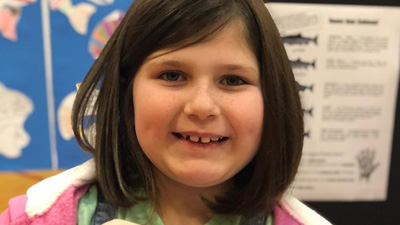