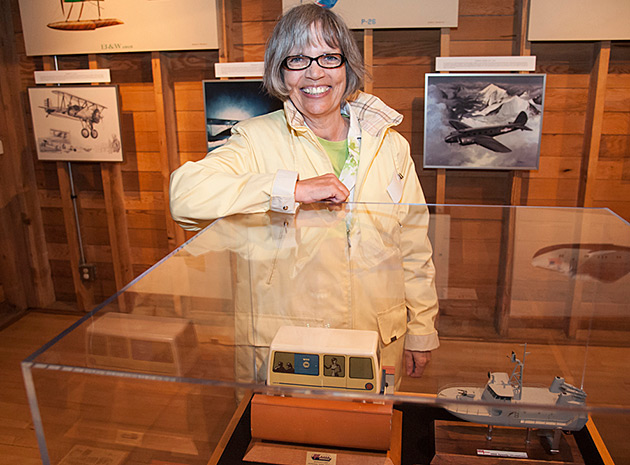 A hard hat from the 1958 Minuteman missile program, a rapid transit train model and an autographed 737 fuselage are among 70 privately owned artifacts on display in Seattle that reflect the depth of Boeing's versatility during its first century of existence.

The items were selected from among 400 submitted earlier this year by Boeing and heritage company employees, retirees and aerospace enthusiasts. They answered the call to help tell the story of Boeing's centennial through their personal memories, items, photos and collections. The items selected are now on display in the Boeing Room at the Museum of Flight in Seattle.

One of the more unusual displays reflects Boeing's versatile past that continues to work today. It’s a model of a Personal Rapid Transit car, developed by Boeing for West Virginia University in Morgantown, W. Va.

Retired Boeing employee Sharon Hitsman lent the model to recall the transit system her father worked on. The system opened in 1976 to provide transportation for university students, faculty, staff and the Morgantown community.

"I'm thrilled for my parents to have this model on display. The university is still using this system and these cars," Hitsman said. "Boeing has given our family so much, and we're proud to be part of this display."

Owners of the items attended a preview and reception shortly before the Boeing Room exhibit officially opened May 28. Employees, retirees, collectors and their guests shared the stories behind the artifacts and took plenty of selfies.

Other loaned items reflecting a cross-section of Boeing's employees and company milestones include a 1922 tool box and a china plate commemorating the company’s 25th anniversary in 1941.

Another proud owner of an artifact on display is Khwaja “K.M.” Ali, director of Maintenance Economics for Commercial Airplanes. When the first 737-300 for Pakistan International Airlines was decommissioned, the airline created a souvenir fuselage panel. It was presented to Ali to recognize the airline’s long relationship with him and Boeing.

"The panel was signed by everyone from the airline," Ali said. "I'm honored it was chosen to be included in this exhibit."

In addition to the Boeing Room, as part of the company’s centennial celebration the Museum of Flight is hosting the Above and Beyond traveling exhibit sponsored by Boeing. Both exhibits are open through Sept. 10. 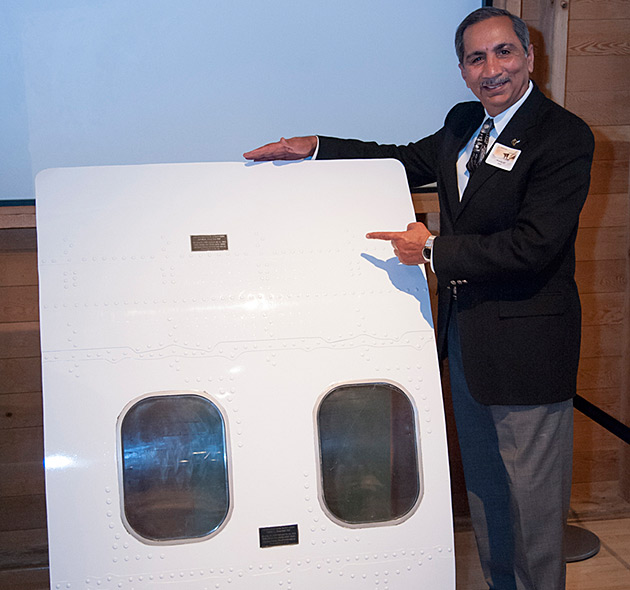 Khwaja “K.M.” Ali, director of Maintenance Economics for Commercial Airplanes, shows off a piece of Pakistan International Airlines' first 737-300. The fuselage section was presented to Ali when the airplane was decommissioned.