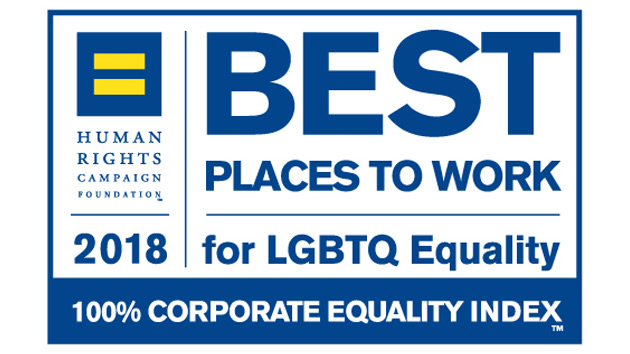 HRC annually rates companies for their commitment to equality for lesbian, gay, bisexual and transgender employees in the workplace.

For the fifth consecutive year, Boeing has earned a perfect score of 100 on the Human Rights Campaign’s Corporate Equality Index, an important milestone reflecting the company’s equal treatment of employees.

Every year, the index measures U.S.-based companies’ commitment to equality for lesbian, gay, bisexual, transgender and queer (LGBTQ) employees in the workplace. Nearly 950 companies were rated on policies and practices such as non-discrimination workplace protections and whether they offer competency programs, domestic partner benefits and transgender-inclusive health care benefits, and engage with the LGBTQ community.

The recognition is a crucial endorsement that helps Boeing attract and retain a diverse workforce, according to Tim Keating, senior vice president of Government Operations, who serves as executive sponsor of the business resource group, Boeing Association of Gay, Lesbian, Bi, Transgender Employees & Friends.

“This honor is a testament to our company's abiding commitment to building an inclusive work environment with respect and equality for all employees,” Keating said. “Boeing’s perfect score is a measure not only of diversity and inclusion but also of business acumen, because the contributions of our many outstanding LGBTQ employees have been critical to Boeing’s success in the global marketplace. And while we should all take pride in the progress that has been made in recent years, there is still much work to be done to ensure equality at all levels, both within the workplace and society at large.”

In 2017, a dozen LGBTQ employees from across the enterprise helped patent 50 research technologies for Boeing and its subsidiaries — an accomplishment, Keating said, that contributes to Boeing’s competitive advantage and increases the company’s bottom line.

Boeing was one of a record 515 American companies to earn a perfect score of 100 on the 2018 index and one of 327 members of the Fortune 500 to receive an official rating — meaning those companies provided information to the Human Rights Campaign Foundation in the rating process. This year 200 of the Fortune 500 earned the 100 score.

By Geoffrey Potter and Jason Capeheart 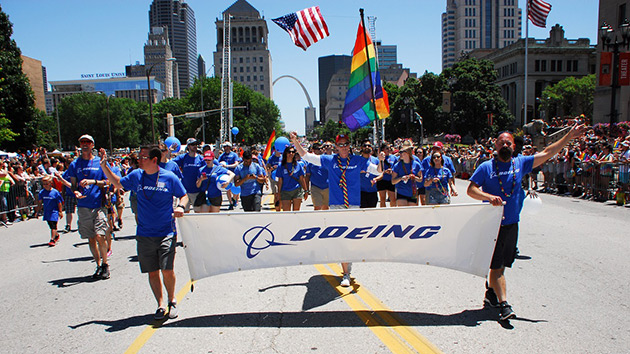 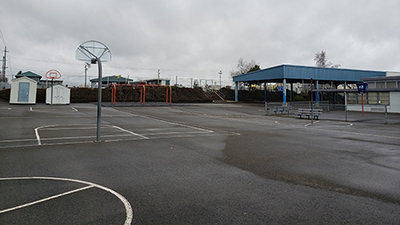