Starting in March 2015, the ecoDemonstrator 757 tested more than 15 new technologies in collaboration with NASA and TUI Group and the airplane's owner, the leasing company Stifel. This allowing Boeing engineers the opportunity to develop new approaches to reduce an airplane's fuel use and carbon dioxide emissions.

"It's been a great opportunity to get engineers hands-on on the airplane," said Jeanne Yu, director of environmental performance for Boeing Commercial Airplanes Product Development. "It's unique that they get to test their technologies and just try them out and learn."

For example, engineers working on the the ecoDemonstrator 757 tested ways to harvest thermal energy and solar energy to power electronically dimmable window.

And, in collaboration with NASA, the flight test airplane made a series of low-altitude flights in Shreveport, La., to test "bug-phobic" coatings on the leading edge of the right wing to reduce insect residue and aerodynamic drag. Aside from Boeing proprietary technology, NASA will share the results of ecoDemonstrator tests publicly to benefit the entire industry.

"It's such an asset to the company to do something like this," said Tom Farrell, an engineer who worked on the "bug-phobic" wing coating tests.

It's a chance for these engineers to flex their engineering muscles during flight tests that expand the boundaries of technology, while following all standards of air worthiness and flight safety.

"We're flying it under an experimental ticket," said Doug Christensen, ecoDemonstrator 757 Program Manager. "We can push the envelope as far as test techniques, test parameters, test operations, all those things."

Boeing has now tested more than 50 innovative technologies on three ecoDemonstrator airplanes, including a 737-800 in 2012, a 787 Dreamliner in 2013 and the 757 this year. In 2016, Boeing will collaborate with Embraer on ecoDemonstrator technology tests.

And while the goal of their technologies may be to create a design that also benefits the environment, the ecoDemonstrator provides a broader experience for engineers to be more creative in their thinking.

"What's great about the ecoDemonstrator is, it frees us up to learn more through our successes but also those things that didn't go the way we thought they would," Yu added.

Adds ecoDemonstrator engineer Teresa King, "Seeing something that you've actually designed come to life and actually be implemented on an airplane: it's like the greatest reward for a design engineer." 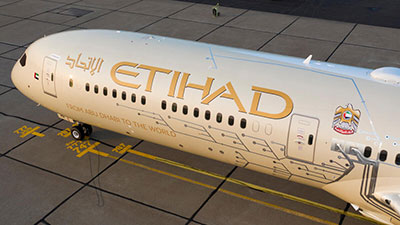