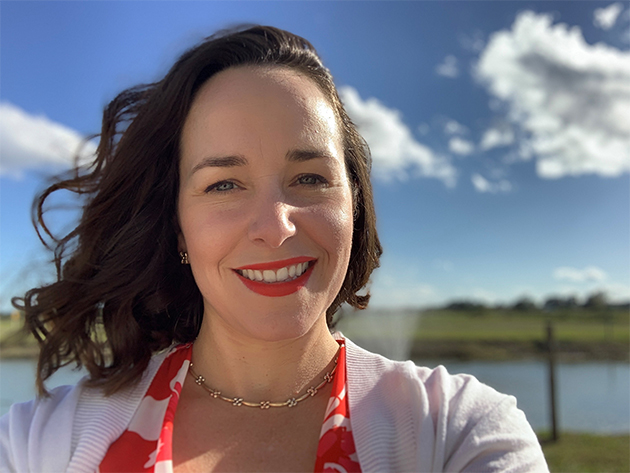 Marvi Matos Rodriguez is director of design practices, Engineering Strategy and Operations, in Seattle, Washington. She returned to Boeing in April 2020 after a three-year career transition. Here she shares what her Hispanic and Latino/Latina American identities means to her — and how she strives to make a difference at Boeing.

I grew up in a town called Jayuya in the mountains of Puerto Rico. My family had a clinical lab. After school, I would go to the lab and talk to my mom about my day. She’d let me use her microscope and lab supplies.

When I was 11, I started helping my mom. She hired a computer engineer to create a network in the lab. We spent nights working on the systems, and that’s when I was first introduced to engineering. At 12 years old, I realized I could be one too.

In the U.S., there’s a stereotype that if you’re female, you’re not supposed to be good at math. This is not true in Puerto Rico. I kicked butt at math, and I was proud of it.

Marvi studied chemical engineering at the University of Puerto Rico and got her PhD in chemical engineering at Carnegie Mellon. She was one of the few women in her program, which inspired her STEM outreach to young women. She joined Boeing in 2010, where she recruited at her alma mater and presented STEM to schools in her hometown. After six years at Boeing, Marvi left for a different aerospace company, where she eventually led an engineering team on a rocket program. After three years, she had an epiphany.

I was driving to work, and I was listening to news about Boeing and the 737 MAX on National Public Radio (NPR). Something triggered inside me. I felt a call to action; I felt like I could help.

When I left Boeing, my heart never left. I wanted to be in alignment with my personal mission of serving as many people as possible, and that meant going back to Boeing.

I swallowed my pride and asked for a second chance. I got a job as the director of design practices, and I can’t think of something more aligned to my values and the call to action I felt.

With an enterprise-wide team, Marvi now works to consolidate Boeing’s design practices, lessons learned, recommendations and mandates in engineering. On the home front, she experienced a personal transition and family challenges that helped her guide her teams through collective transitions and changes.

At my desk, I have a Puerto Rican flag and a rainbow flag.

Between graduate school and now, my family experienced a transition. We went from a typical family to an LGBTQ+ family.

My family’s transition was challenging. Some people did not accept or understand what we were going through, and they left our lives, including people I grew up with. But the experience made me stronger and more compassionate, and it helped me better manage changes at work and help teams embrace new beginnings. When you go through such profound, tough experiences, it gives you an edge.

In every change in my life, I’ve felt like I’ve gone from being the majority to the minority.

Now in a bigger pond, my identity as a Puerto Rican becomes what’s different. I’m very proud to be Puerto Rican. And I know I have to break the stereotypes. I try to do that in the simplest ways, in how I dress. I wear a lot of black; I dress in ways that women in Puerto Rico stereotypically wouldn’t, say on TV.

I just don’t belong in any specific box. You might have a Puerto Rican box, and then the form asks you if you’re white. I’m like, I don’t know. My family and my heritage are spectrums of color.

For LGBTQ+, it’s the same thing. So what am I? Can I just check one box for happy?

Life is complicated. I am a Hispanic, Puerto Rican woman in leadership, a Jíbara* from Jayuya, but I don’t belong in boxes. And that is redefining and liberating.

(Jibara is a term used in Puerto Rico that refers to people who live in the countryside.)

As told to Rosemary Lane 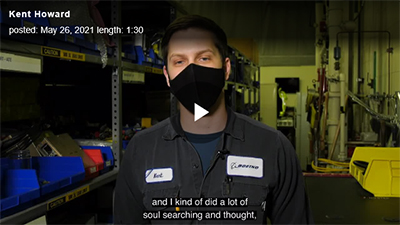 Meet Boeing Everett technician Kent Howard: Don't let anyone tell you that you can't make a comfortable living with a manufacturing job