As part of a Washington state Senate special resolution thanking select companies across the state for making employment of U.S. military veterans a priority, Boeing was singled out during a series of speeches Friday in the state capital of Olympia.

During the past two years, Boeing has hired more than 850 veterans in Washington state, bringing the total number of employees in the state who served in the armed forces to more than 11,300 people. Globally, Boeing employs approximately 23,000 military veterans. 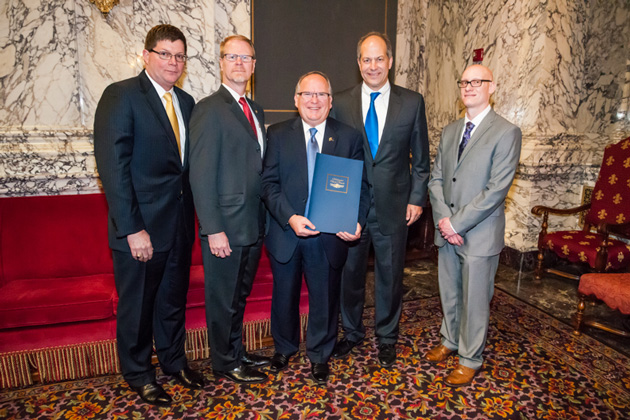 Several representatives from Boeing attended the event in the state capitol, including Shane Stec, who works with Boeing Global Staffing in Renton, Wash. Stec joined Boeing in December after serving 20 years in the U.S. Navy and now is responsible for streamlining and enhancing Boeing’s military hiring process and strategy.

“The transition to Boeing was very smooth for me,” Stec said, noting the many similarities between the structure of Boeing and the armed services. “This award is a great honor for the company and really shows how committed Boeing is to hiring veterans. We do a good job and it’s nice to be recognized.”

“Boeing has a long-standing commitment to supporting men and women in uniform,” said Bill McSherry, vice president of State & Local and Global Corporate Citizenship, Commercial Airplanes. “Veterans bring leadership, integrity and critical skills that are unique to their military experience and which also help them succeed in their careers out of the military.”

Some of the other companies called out in the resolution included Weyerhaeuser, Starbucks, Microsoft, Amazon and Puget Sound Energy.

During a separate event earlier in the month, Boeing received the 2015 Employer of the Year Award at the Joint Base Lewis-McChord 446 Airlift Wing’s annual awards banquet in Tacoma, Wash. Tom Ritzert, director of CAS Quality & Safety and executive sponsor of the Boeing Employees Veterans Association, accepted the award on behalf of Boeing. 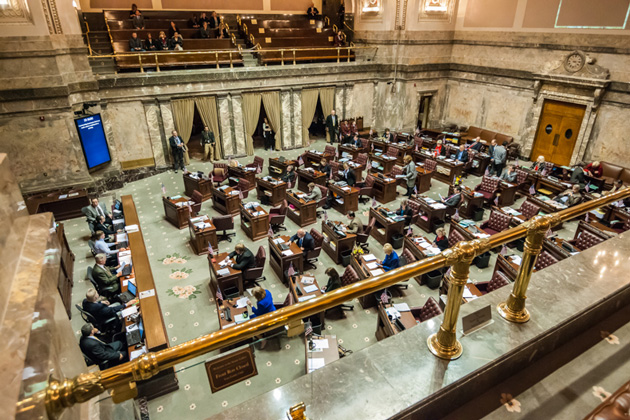 Senators prepare to read the resolution in the state capitol in Olympia, Wash..