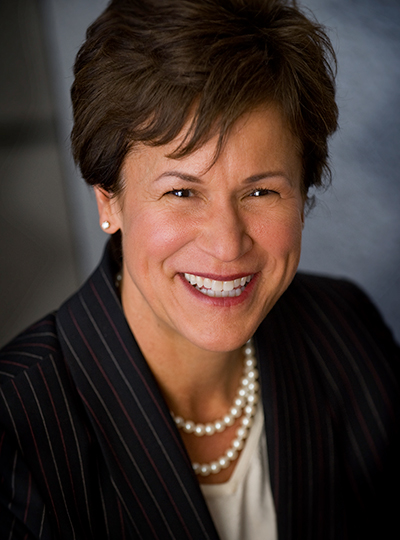 Anne Toulouse is senior vice president of Communications for The Boeing Company. She was named to the position in September 2018 on an interim basis before a permanent appointment in February 2019. In this role Toulouse is responsible for the company's global communications and brand activities, including media relations, brand development and management, digital, advertising, in-house creative services, and executive and employee communications. She is a member of the company’s Executive Council.

Prior to this role, Toulouse led Boeing’s global brand-building programs designed to help position the company for growth in its second century. Responsibilities included the company’s brand strategy, global advertising, sponsorships, the Boeing Store, the in-house creative team, historical archives and corporate identity. Toulouse has also held a number of other Boeing positions including vice president of Employee Communications, Business Operations and Corporate Identity and Advertising; and director of Communications. She joined Boeing in 1989 as media relations manager in Huntington Beach, Calif., at what was then McDonnell Douglas.

Toulouse began her career in 1980 as a civilian writer-editor with the U.S. Air Force, followed by an assignment in media relations where she served as a spokesperson for two dozen space launches and missile tests.

Toulouse holds a Bachelor of Science degree from Florida State University and is a member of the Economic Club of Chicago. She is also the executive sponsor and ally of the Chicago Boeing Employees Pride Alliance. She lives with her family in Chicago, Illinois and enjoys running, gardening, and her role as a soccer mom.