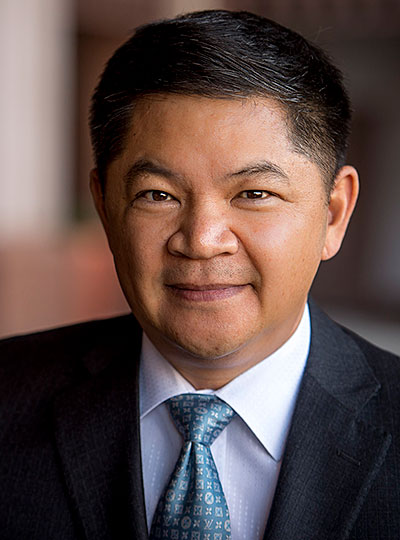 Chun joined Boeing in 2010 after retiring from the U.S. Navy as a captain with 24 years of service. Throughout his distinguished military career, he held a series of high-profile communications positions, culminating to his final assignment as special assistant for public affairs to the Chief of Naval Operations (CNO).

Chun is a graduate of the U.S. Naval Academy. He holds a bachelor’s degree in economics and a master’s degree in information systems from the Naval Postgraduate School. Chun currently serves as chairman of the board of directors for the Military Spouse Corporate Career Network (MSCCN), a nonprofit organization that focuses on employment-readiness training programs, job-placement solutions and no-cost services for military-affiliated spouses, retired military spouses and caregivers to war-wounded veterans and other personnel.