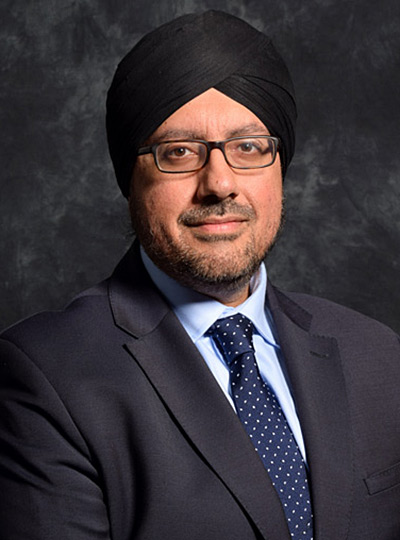 Kuljit Ghata-Aura is vice president and assistant general counsel for Boeing Global Services. In this role, he is responsible for all legal advice and counsel to the businesses and capabilities that compose Boeing Global Services. Ghata-Aura is responsible for the development and implementation of the strategy and activities of the legal and compliance teams including business structuring, transactional support and governance.

Prior to this assignment, Ghata-Aura was regional counsel for Europe, Russia and Israel. In that role, he was responsible for Boeing’s legal and compliance issues within the region, particularly business structuring, transaction support and governance.

He previously served as regional counsel for India, Middle East, Turkey and Africa based in Dubai. In addition to his legal responsibilities, he also served as director of UAE Market Development, where he was responsible for planning and implementing key company initiatives in the United Arab Emirates.

Ghata-Aura grew up in the United Kingdom, where he graduated from Oxford University and the College of Law. He was admitted as solicitor of the Supreme Court of England and Wales in 1997.