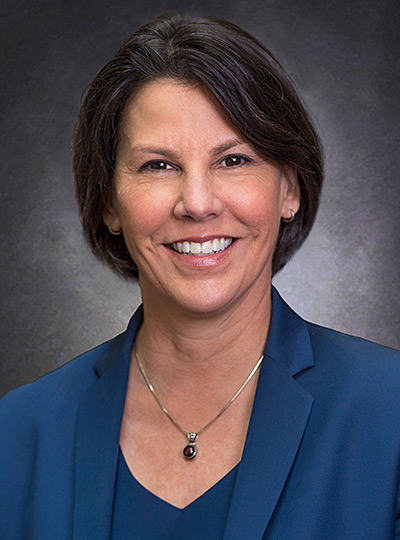 Ursula English is vice president of manufacturing, safety and quality for Boeing Defense, Space, and Security (BDS), the world’s largest aerospace company. In this role she manages a global portfolio that includes over 20 programs across 27 different facilities.

With more than 30 years of company experience, she has held a number of leadership roles across Boeing’s commercial, defense, and services businesses.  She most recently established a framework and discipline for the newly organized BDS Total Quality organization.

Previously she served as vice president of Boeing Environment, Health & Safety, where she led Boeing’s workplace safety and environmental sustainability efforts. During her tenure, workplace injuries decreased by 40 percent and greenhouse gas emissions decreased by 17 percent, while production increased by 25 percent during the same timeframe. Under her leadership, Boeing was awarded the National Safety Council’s Green Cross for Innovation in 2017 and the Robert W. Campbell Award for Safety Excellence in 2018.

English began her career in 1988 as an aircraft mechanic on the MD-80 program in Long Beach, California, after honorably serving in the U.S. Air Force as a jet engine mechanic. While working at Boeing she earned a bachelor's degree in business and management from Azusa Pacific University and a master's degree in human services from Springfield College. She also holds a Federal Aviation Administration airframe and power plant license.

In addition to her professional responsibilities, English serves on the Board of Directors of the National Safety Council. She is the recipient of the Women of Color STEM Award, and served as executive vice president for the 13,000-member Boeing Leadership Network. English has a lifelong passion for developing employees. She initiated and leads an employee development group that has supported hundreds of future leaders, and has championed mindfulness training to support thoughtful and strategic decision-making.