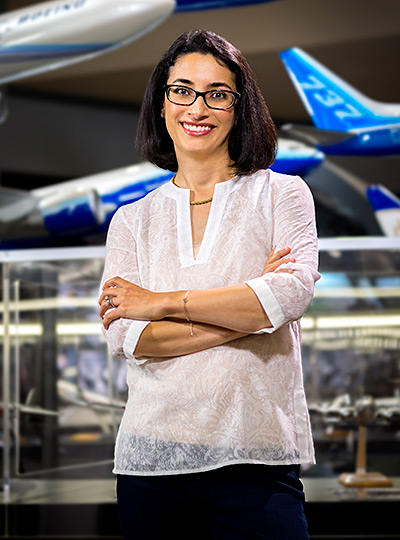 Damineh Mycroft is an investing principal for Boeing HorizonX Ventures. Based in San Francisco, she works across Silicon Valley to manage Boeing’s existing venture programs and discover new partnerships in the Bay Area.

Mycroft joined Boeing in 2003 and spent seven years with the Space and Intelligence Systems program in El Segundo, California. She held positions in a variety of functions from financial planning to business operations on government and commercial satellites. In 2010, Mycroft transitioned to Boeing Defense and Intelligence Systems headquarters in St. Louis, where she managed and led the relationship with Defense Contract Audit and Management agencies.

In 2012, Mycroft was selected for the Boeing Leadership Rotation Program, transitioning to Boeing Commercial Airplanes in Seattle. She began as the 787 Supplier Management Financial Operations manager before moving to the 737 MAX Financial Planning and Integration team. After graduating from the program, Mycroft was named the 737 Financial Planning and Analysis manager, a position she held for two years before transitioning to Boeing HorizonX Ventures.