In 2012, Boeing transitioned to a critical phase of its P-8I program for India -- flight test. With a delivery date set, the word came that additional P-8I flight testing was required, including weapons separation testing, without any additional time to the schedule.

A military derivative of the Next-Generation 737-800, the P-8I is a sister ship to the P-8A, the United States Navy’s maritime surveillance and submarine hunter that is the replacement for the P-3 Orion. The P-8 is designed to carry weapons both under the wing and in a weapons bay; both are firsts for a Boeing commercial derivative airplane.

Jeanette Croppi is a Boeing Test & Evaluation test program manager, tasked with getting an aircraft prepared for and through testing on time and on budget.

“For P-8I we had to do something we’ve never done before, -- drop simulated weapons from the wing of a commercial airplane and nobody’s ever done that before in The Boeing Company,” said Croppi. “We only have a few people left who have done store drops from an aircraft and they were fighters.”

The P-8I team surprised everyone watching this unique program, including each other. Check out the video to see how. 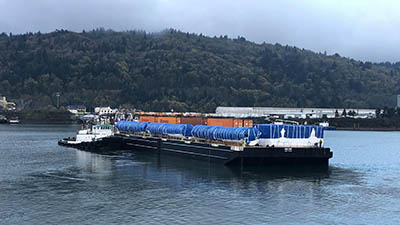