May 1 was hot and windy in California’s high desert, but it didn’t seem to bother Boeing’s X-51A WaveRider for its final flight.

The experimental aircraft, powered by a scramjet engine designed to reach hypersonic speeds, did just that as it hit Mach 5, which is nearly 4,000 miles per hour. It flew for a total of six minutes, and three and a half of those minutes were with the scramjet engine, breaking its own record from its first flight in 2010 when the WaveRider flew for 143 seconds.

Watch the video to see the X-51A in action. 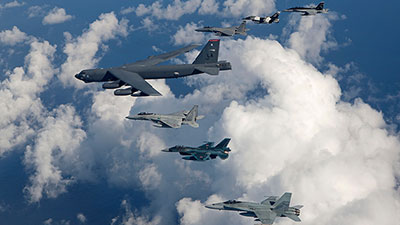 A New Chapter: B-52 moves into the digital age