The 13th U.S. Navy P-8A Poseidon maritime reconnaissance aircraft was delivered ahead of schedule and flew to its new home at Naval Air Station Jacksonville, Fla. on Dec. 4, five days after the Navy declared initial operational capability for the Poseidon fleet. On Nov. 22, the third P-8I was delivered to the Indian Navy and at the Dubai Airshow Nov. 18 Boeing announced the Bombardier Challenger 605 as its Maritime Surveillance Aircraft. The common thread? Each aircraft is a commercial derivative. They began as commercial aircraft, and were transformed into military aircraft for customers around the world.

“Boeing has a rich 50-year legacy of building commercial derivatives for U.S. and international customers,” said Tim Peters, vice president and general manager, BMA Mobility, Surveillance and Engagement. “We offer what the competition can’t: A first-in-industry in-line production process, the lowest risk because we have proven efficiencies and advancements and a history of derivatives that have met – and are still meeting – the needs of our customers.”

In the case of the P-8A and P-8I, each started as a Next Generation 737-800.  Other derivatives like the Airborne Early Warning & Control, Airborne Warning and Control System and KC-46 tanker began as either 707s, 737s or 767s.

Check out the video to learn more about Boeing’s commercial derivatives. 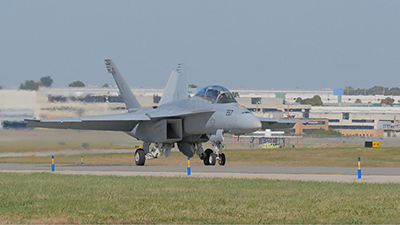