In honor of Veterans Day, Boeing salutes all of the men and women who serve or have served in the United States military. Boeing also salutes former Navy Lieutenant Brad Snyder, who graduated from the Naval Academy in 2006, where he swam for the Navy’s swimming team. In 2011, while deployed in Afghanistan, Snyder stepped on an improvised explosive device. The blast left Snyder permanently blind. Shortly after his injury, Snyder set a new goal for himself. Brad qualified for the US Mens National swim team and participated in the 2012 Paralympic Games in London. At the games, Snyder medaled in three of his seven races, winning two gold medals and one silver. Snyder continues his training in his hometown of Baltimore, MD. He plans to win more gold at the 2016 Paralympics in Rio de Janeiro, Brazil. 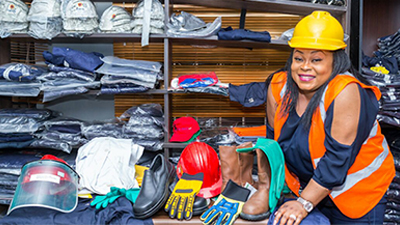 Boeing helps women-owned businesses in the wake of COVID-19