Today, the more than 20-year NASA veteran is making history yet again, suiting up as the first corporate astronaut to work shoulder to shoulder with NASA astronauts to test the Boeing CST-100 Starliner spacecraft. NASA announced the crews chosen for Boeing and SpaceX’s commercial flights during an event Friday, August 3, at Johnson Space Center in Houston. NASA astronauts Eric Boe and Nicole Mann will join Ferguson in taking the Starliner to the International Space Station.  Among NASA officials, fellow flight-test pilots and Boeing leaders and employees, Ferguson — who has spent more than 40 days in space — reflected on his storied career, saying every mission is “special.”

“It’s great to be part of another space flight crew,” he explained. “I always remember every crew that I’ve flown with — each one is special. The fact that this is the first time any crew is going to fly a Boeing vehicle makes it extra special.”

The Starliner, a commercial transportation system that is on a course to open up space to more people than ever before, is a prime example of how “the future” truly is built here at Boeing, company leaders said.  Leanne Caret, president and CEO of Boeing Defense, Space and Security, emphasized the importance of testing being engrained in “Boeing’s DNA.” 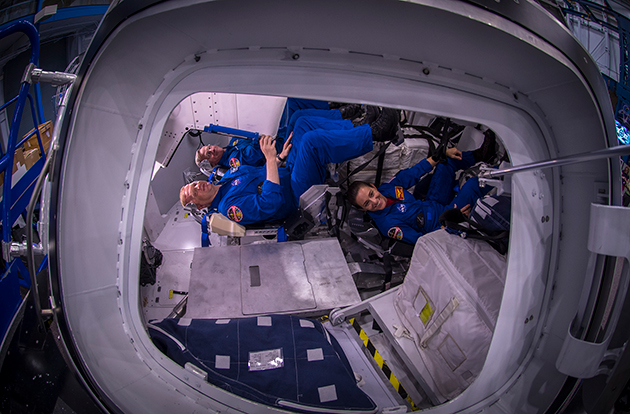 “It’s what we do to ensure the safety, quality and performance of our products before we deliver them to our customers, and we are proud to carry on this tradition for our NASA customer,” Caret said. “It’s a momentous and important job, and there’s no one better prepared for the task than Chris.”

Ferguson — better known as “Fergy” when he’s aboard a spacecraft — leads the team by developing crew interfaces and mission systems of the spacecraft that will take him back to low-Earth orbit. If you’re still wondering what makes this mission back to space historic, just ask Mark Geyer, director of NASA's Johnson Space Center.

“The men and women we assign to these first flights are at the forefront of this exciting new time for human spaceflight,” Geyer said. “It will be thrilling to see our astronauts lift off from American soil, and we can’t wait to see them aboard the International Space Station.”

But the mission reaches far beyond the cosmos, it’s also about inspiring young people. For decades, space shuttle launches were extraordinary moments, remembered for years to come by both astronauts and private citizens. As Boeing embarks on a new chapter in human space exploration, the Starliner crew hopes to bring back the magic of space to children around the world — young and old alike. 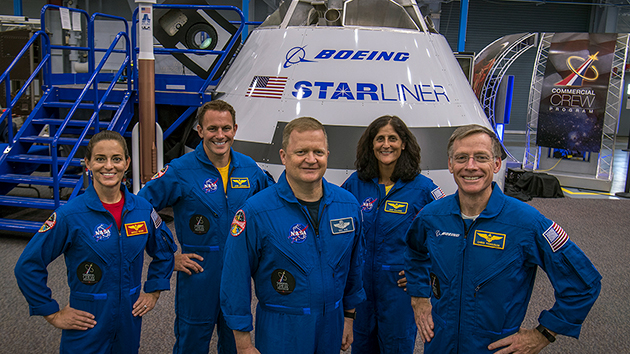 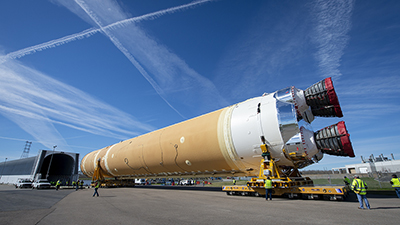