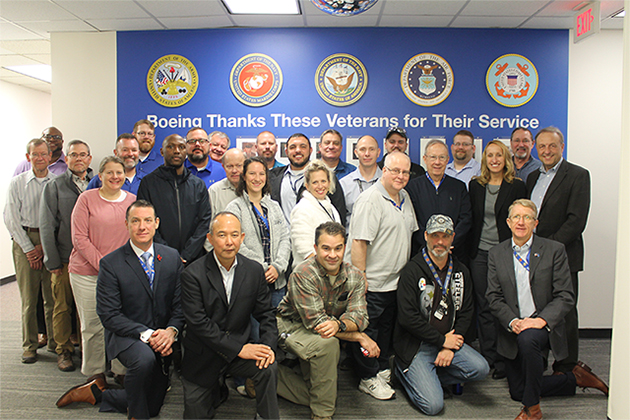 In observance of Veterans Day in the United States and Remembrance Day in Australia, Canada and the United Kingdom, company officials today announced a $10.4 million charitable grants package to support 102 nonprofit veterans organizations worldwide. The package will fund programs through 2020 and beyond. This latest investment builds on Boeing’s three-year, $25-million commitment to increase veterans giving. Since 2017, Boeing has donated $27.4 million in support of veterans programs.

“On Veterans Day and every day, Boeing is committed to supporting military members, veterans and their families,” said Boeing President and CEO Dennis Muilenburg. “Our support of veterans and military personnel goes beyond Boeing products and services and includes investing in their transition to civilian life and engaging with their families. With today’s grant announcement, we’ll help bring workforce transition services, as well as recovery and rehabilitation programs, to veteran communities and their families worldwide.”

Boeing’s investment includes a $500,000 grant to the Military Spouse Corporate Career Network and its sister nonprofit, Corporate America Supports You. Funds will support the direct placement of 1,500 military spouses and 2,000 unemployed and underemployed National Guard, reservists and veterans over a three-year period. 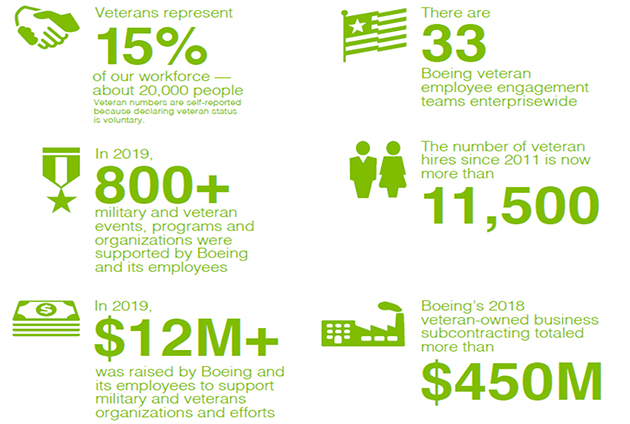 Boeing’s support of veterans and military families is shown in the infographic above. (Infographic: Boeing)

“Since 2004, the Military Spouse Corporate Career Network has provided no-cost, targeted employment assistance, vocational training and one-on-one job placement services for military spouses, caregivers and military family members,” said Deb Kloeppel, founder and president, MSCCN. “Boeing was the first and only defense contractor to invest in MSCCN back in 2005, which continues to this very day. Through the support of companies like Boeing, MSCCN is providing this typically underserved, and underemployed community a pathway to portable careers within their chosen career paths.”

The Independence Fund will also receive a $250,000 grant from Boeing to support Operation RESILIENCY, a peer mentorship program that provides mental health and well-being services for combat veterans.

“The Independence Fund is so proud to partner with Boeing in working to end the tragedy of veteran suicide and honored that they have chosen to sponsor Operation RESILIENCY,” said Sarah Verando, CEO of The Independence Fund. “Our program reunites company-sized tactical combat units to help them find the support they require in the same place they found it while at war – in each other.”

Outside the U.S., Boeing grants will support Australia’s Soldier On and the UK’s SSAFA – the Armed Forces charity.

Last week, Boeing was also recognized as one of the “Top-Rated Workplaces for Veterans” by Indeed.com. The annual rankings honor the top 50 companies for Veterans in 2019, based on user ratings and reviews on Indeed. The full list of honorees can be found here.

Sending messages of support from home

F-22 Support Systems Lead Steven Jones’s son, Sgt. 1st Class Troy Harless, is currently serving in South Korea. Like the families of many military members who serve overseas, Jones wanted to send his son a reminder of the love and support of friends and family “stateside.” He reached out to the St. Louis Boeing Veterans Engagement Team (BVET) and received a response almost immediately—the team sent Steve a banner signed by fellow employees and friends of Boeing, reading, “Honoring our Military Veterans.” Jones then sent the banner to his son in Korea.

Harless took the banner, and the members of his platoon, to a place called Charlie Rock—about a five-mile trek up a mountain—and snapped a picture. (below)

Jones, himself a U.S. Navy veteran who served for 20 years, frequently volunteers with veterans groups in the St. Louis area, most recently at the Spirit of St. Louis Air Show where he unknowingly got attendees to sign the very banner he sent to his son.

Harless has a wife and three daughters who are currently at Fort Sill in Oklahoma, eagerly awaiting his return from Korea. 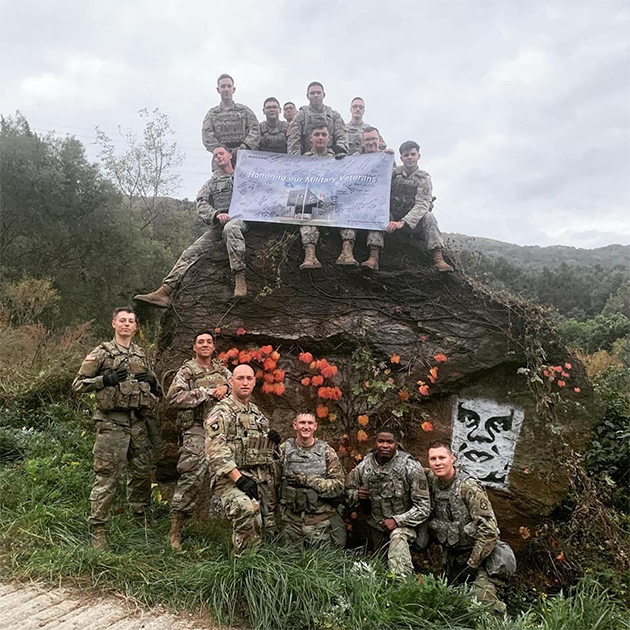 Sgt. 1st Class Troy Harless and his platoon in Korea with the banner from the Boeing Veteran Task Force.