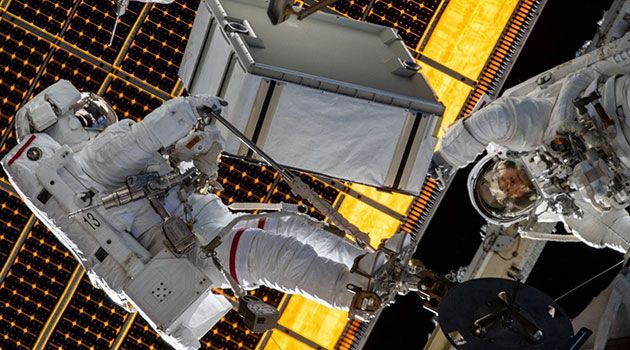 Rounding out a series of four spacewalks, NASA astronauts Bob Behnken (left) and Chris Cassidy have completed an upgrade of the space station’s power systems. New batteries on the orbital complex will offer twice as much power at half the size of those previously used. (NASA photo).

On July 21, 2020, NASA astronauts Chris Cassidy and Bob Behnken completed their last in a series of spacewalks to upgrade the batteries and clear the way for future power system upgrades onboard the International Space Station.

Developed by a team of Boeing engineers, the new lithium-ion batteries will greatly enhance the station’s power systems, enabling future discoveries that will benefit human space exploration and life on Earth.

The space station uses vast solar arrays to convert sunlight into energy, powering its many systems. However, as the station orbits around the Earth, it is frequently not in direct sunlight – it spends about 30 minutes of every 90-minute orbit in darkness. Batteries are needed to power the station during these periods.

Over three years ago, Boeing and NASA initiated a plan to supplant these with sets of lighter, more powerful lithium-ion batteries in time for the station’s 20th anniversary of continuous human habitation.

“Less is often more when it comes to maximizing the station’s operational efficiency,” said David McCann, chief engineer for Boeing’s International Space Station program. “One lithium-ion battery is as powerful as two nickel-hydrogen. We halved the number of batteries needed to power the space station, and have therefore decreased the cargo space needed to transport the batteries, storage space needed on board ISS, and crew time needed for installation.”.

Each of the station’s eight power channels now has three brand new lithium-ion batteries. They will increase the station’s operating efficiency and technical capabilities as the orbital complex enters its third decade. 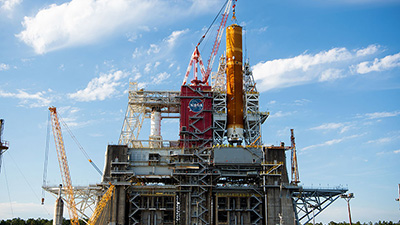