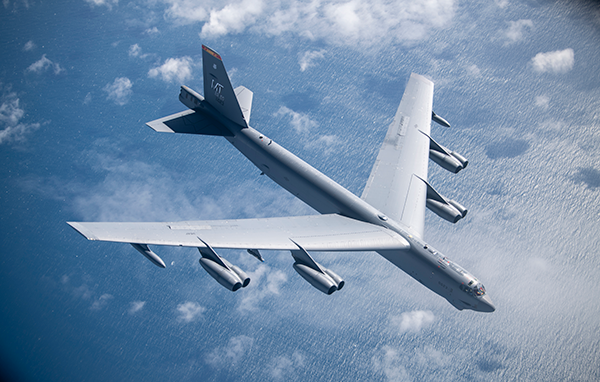 The venerable B-52 remains the workhorse of the U.S. Air Force bombers fleet.

The Boeing B-52 Radar Modernization Program (RMP) successfully completed the preliminary design review (PDR) on-schedule, moving planned enhancements to the B-52 closer to completion. The successful review is another step forward as the U.S. Air Force works to keep the B-52 relevant for missions until 2050 and beyond.

The technology will open the door to new capabilities for the venerable aircraft, including enhanced navigation accuracy, high resolution mapping and target detection and tracking. With increased capacity, the new radar will be able to engage multiple targets simultaneously. Critical upgrades will improve reliability and maintainability, keeping the B-52 prepared for the future battlefield. RMP initial operational capability (IOC) on 11 B-52s is expected to be in 2026.

"The incredible thing about RMP is that we are not only meeting the original requirements to replace the original radar, but we are also bringing new capabilities vital for the B-52 to continue to play its role in critical operations," said Mike Riggs, RMP program manager. “The new technology will let us make updates through software upgrades, giving the B-52 the flexibility the Air Force needs."

For Ken Beaman, RMP Program Integration Office Manager, the success of the PDR demonstrated the significance of a One Boeing approach. The RMP team coordinated work across 10 Boeing sites, bringing expertise from the fighters team in St. Louis, Mo. and the avionics team in Huntsville, Ala. to the program.

"We truly have the best of Boeing on this program," Beaman said. "And having such a great team helped us complete this PDR on schedule and below cost."

The PDR will be followed by the next major step in the life cycle of the program, the critical design review, late next year.

With continuing modernization programs, the B-52 remains one of the most important aircraft in the Air Force bombers fleet. A large payload, long range, persistence and ability to employ both nuclear and conventional precision standoff weapons, the B-52 is a critical contributor to the U.S. National Security Strategy.

"The new radar modernization program will keep the B-52 viable and relevant to 2050 and beyond," Riggs said. "In the bombers fleet, the B-52 brings unique capabilities. Whether it’s needed for close air support or strategic attack, by modernizing the radar we’re transforming this aircraft for a new generation." 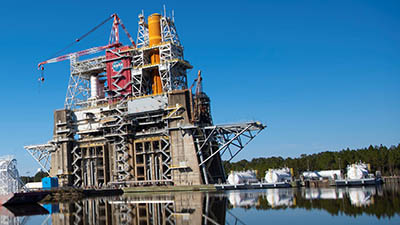