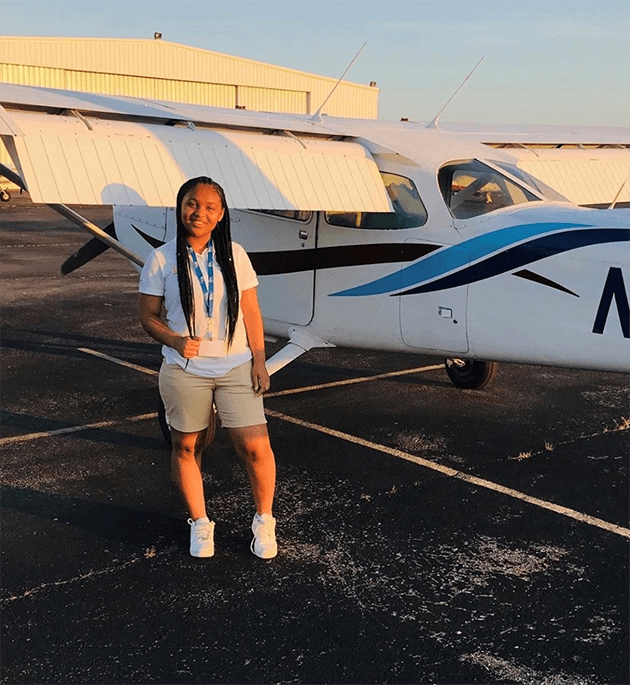 When 18-year-old Cailey Stewart agreed to appear on The Kelly Clarkson Show this month, she didn’t expect it to change her life. Stewart, an aspiring pilot who started flying at the age of 16, thought she was meeting two airline pilots who would support and mentor her through pilot training school — but it turned out to be much more than that.

Ruth Morlas, a Boeing test pilot, had a surprise for Stewart.

“Boeing is going to help you achieve your dream of becoming a pilot by making a $50,000 contribution toward the flight school of your choice!” Morlas delivered the news via a video message on The Kelly Clarkson Show.

“Oh my gosh! Mom, can you believe that?” Stewart exclaimed after receiving the good news.

Stewart piloted her first solo trip in 2019 when she was 16, and she is currently taking lessons to obtain her private pilot license — all that while finishing high school and applying to colleges.

“I wanted to become a pilot since I was 5th grade,” Stewart said. “I want to be a pilot and get people to places they want to go.” She went on to say, “I really want to see more black female pilots, because it is really inspiring to me.” 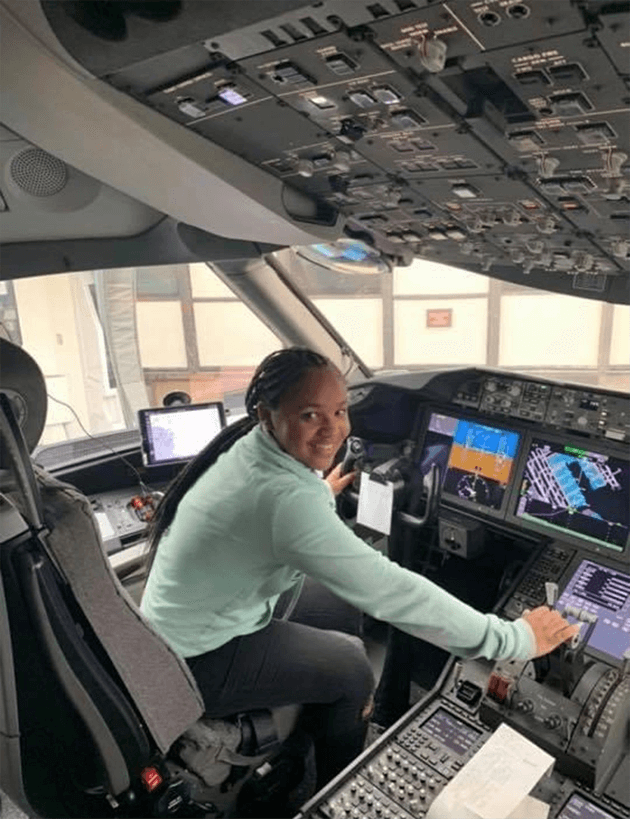 The story of a young woman with a dream to fly was very familiar to Morlas.

“Like Cailey, I knew I wanted to be a pilot when I was in high school,” she said. “After getting my flight instructor certificate, I came to Boeing as an engineer and worked hard to become a test pilot. I am so excited for Cailey to begin this journey, and I was honored to be the one who told her about this amazing gift from Boeing.”

Boeing’s goal is to strengthen and diversify the pipeline of skilled workers with an emphasis on students of color and others from communities typically underrepresented in STEM fields, including pilots.

“We want to help students of all backgrounds overcome barriers they may face to achieve their full potential. With the full support of her mom, Cailey is exhibiting great strength and determination, which is why we are thrilled to be able to help her achieve her dream of becoming a pilot,” said Sam Whiting, director of Boeing Global Engagement.

Also on the show, Boeing announced a contribution of $10,000 to Sisters of the Skies, a nonprofit founded by pilots working to increase the number of Black women pilots through mentorship, scholarships and outreach. There are currently fewer than 150 Black women pilots in the U.S. holding airline transport pilot, commercial, military or certified flight instructor licenses. Two Sisters of the Skies pilots will also be mentoring Stewart through pilot training school.

“My goal is to become a commercial pilot and inspire other young women to accomplish their dreams, too,” Stewart said. 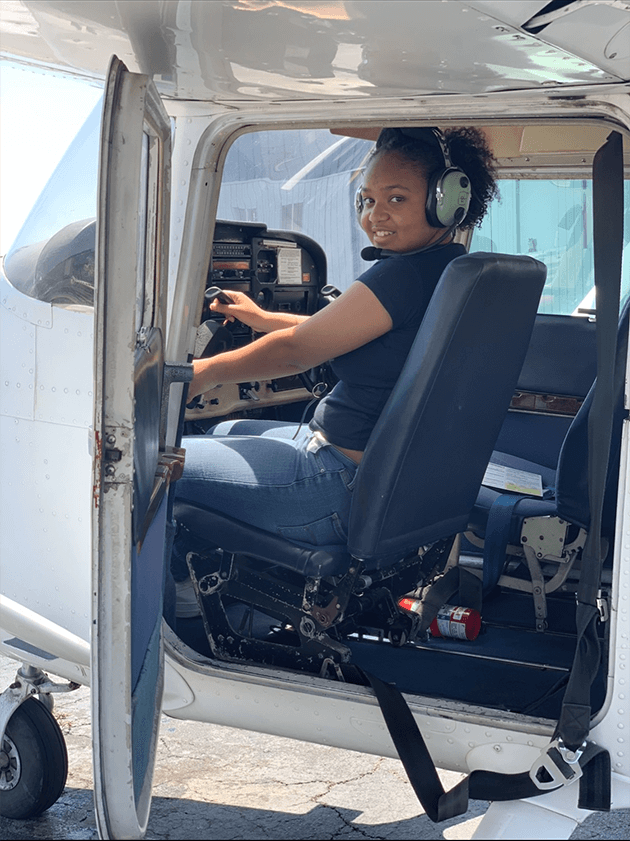