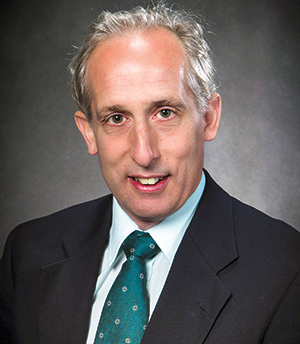 Tom Grandine is the Boeing Senior Technical Fellow for Applied Mathematics working within the company’s advanced research and technology organization.

As in the past, technology of the future will be driven by math

Nearly everything that we do every day depends on advanced mathematics, but not many of us are aware of the connection.

Sophisticated mathematical algorithms are required to transform the raw data gathered by medical imaging equipment into images that a doctor can use. Telephone calls cannot be placed or received without the mathematics of networks. Starting and operating a car these days is all about the onboard software. Airport operations depend critically upon math. Onboard systems on airplanes depend critically upon math. And on and on and on.

I challenge anyone to identify some function of modern society that doesn’t depend in some way on math. I can’t think of any.

Each new technical advance, coupled with the speed of modern computers, has made our society more dependent upon math than ever before.  As a result, companies like Boeing find themselves having to battle to attract the best mathematicians, statisticians, data scientists, and systems and software engineers the world has to offer.

Newer technologies like artificial intelligence, including deep learning, and autonomy are both exciting given the extraordinary potential they offer to transform our society for the better.

Of course, there has always been a need for the creative development and application of mathematics in the design of aircraft. The finite element method for solving partial differential equations in general (and performing structural analysis of airplanes in particular) was invented by Boeing engineer Robert Turner and his colleagues in 1952. And Boeing has maintained an active applied math group since the early 1960s to enable us to remain at the cutting edge of technology.

Having a dedicated collection of people to understand the mathematics being used to design, build and support our products provides several benefits.

For starters, understanding the math being done in support of all our processes mitigates and eliminates risk. If the calculations are understood and certifiable (by whatever means), then the results of simulations based on those calculations can be believed, trusted and built upon.

Even more importantly, understanding the mathematical details at the heart of all of our computations enables us to create new technologies and capabilities that would not be possible otherwise.  For example, Boeing developed a sophisticated means of creating mathematical models of wind tunnel and flight test data in the 1980s and 1990s. It enabled raw data to be combined with engineering insight and the laws of physics to create reliable models of the way airplanes behave in flight.