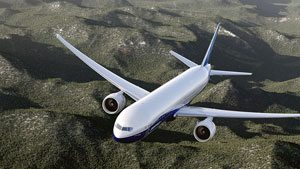 For nearly 60 years, Boeing has been a strong partner and advocate of Thailand and its aviation industry. Boeing’s partnership with Thailand dates back to 1960, when Thai Airways Company, now named Thai Airways International (THAI), launched its first service flights with a Douglas DC-6B from Bangkok to Hong Kong, Taipei and Tokyo. 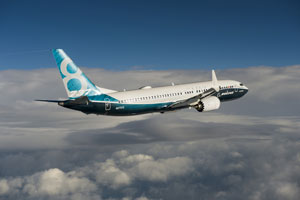 Over the years, THAI has ordered more than 75 airplanes from Boeing, including DC-10s, MD-11s, 737s, 747s, 777s and 787 Dreamliners. THAI was a launch customer for the 777 program and was the first airline in Southeast Asia to operate the 777. THAI currently operates more than 50 Boeing airplanes and took delivery of its first 787-9 Dreamliner in September 2017.

In 2011, a 777-200 operated by THAI conducted Asia’s first passenger biofuel flight, underlining the commitment of both Boeing and the airline to advance the use of alternative, sustainable aviation fuel.

In 2014, the Royal Thai Air Force purchased an additional 737-800 Boeing Business Jet (BBJ) to serve as Thailand’s head-of-state aircraft. This is the second 737 to serve in this capacity.

Boeing has been partnering with Thailand on its defense and security needs for almost half a century. The recent Harpoon anti-ship weapon system for the Royal Thai Navy represents a significant step forward for Boeing and U.S. Navy defense cooperation with Thailand. Boeing also see some opportunities in vertical lift capabilities including AH-64 Apache and AH-6i for the Thai Army. The AH-64 Apache is the world’s most advanced multi-role combat helicopter and is used by the U.S. Army and a growing number of international defense forces. The AH-6 is a highly capable light attack / armed reconnaissance helicopter specifically designed with superior performance characteristics and flexible, easily configurable mission equipment ideal for Light Attack, Precision Attack, Anti-armor, Close Combat Attacks, Reconnaissance, Security & Escort, Troop Insertion/Extraction, Combat Search & Rescue. 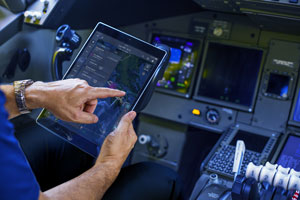 In 2005, THAI became one of the first airlines in the world to implement Boeing’s Airplane Health Management (AHM) system, a new-age, analytics-based predictive maintenance system powered by Boeing AnalytX. AHM supports long-term fleet reliability by helping airlines identify recurring faults and trends, and by serving as an early-warning system for potential future challenges. 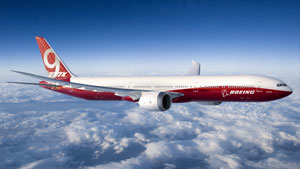 Our suppliers in Thailand build metal and composite parts, and food carts for the 737, 767, 777 and 787 programs. Triumph Structures Thailand opened in 2010 in Rayong Province and produces parts for 737, 777 and 787 programs. Omada International Thailand opened in 2016 in Rayong as part of the Eastern Economic Corridor, producing hard and soft metal machined parts and titanium hot and cold formed parts, as well as assemblies and parts for the 787, 777X, and 737 programs. Zodiac Aerospace, located in Lamphun, manufactures trolleys and other catering equipment for all programs. 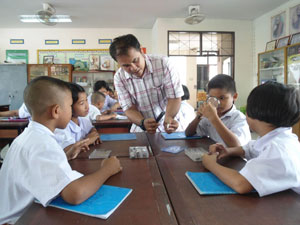 Since 2012, Boeing has been working with Kenan Foundation Asia to provide professional development for teachers and educational material to help improve student learning outcomes. The Boeing-Technology Enhanced Learning (TEL) was launched to allow innovative pedagogies that incorporate the use of technology and Science, Technology, Engineering and Mathematics (STEM) curriculum modules for better student learning outcomes. Sixty two teachers have been trained and 106 students have benefited from the initiative.

Boeing will also fund an Early Childhood Development project by World Vision Foundation of Thailand. The project aims to improve the quality of pre-school education of children up to six years old so that they are well prepared to assimilate into primary school.