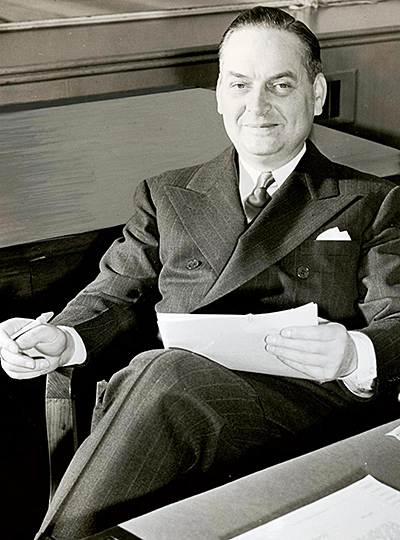 Clairmont L. Egtvedt joined Boeing as a draftsman and mechanical engineer in 1917 after graduating from the University of Washington School of Engineering. He became company vice president and general manager in 1926 and was company president from Aug. 2, 1933, to Sept. 9, 1939. During that period he also was acting chairman of the board, appointed after William Boeing resigned in 1934.

Egtvedt was officially named board chairman in 1939, as Phil Johnson became company president. But when Johnson died suddenly in September 1944, Egtvedt reassumed the duties of president until William Allen was appointed to the position in September 1945. Egtvedt then returned to the chairmanship.

Under Egtvedt's direction, the Boeing Airplane Co. began building larger and more complex airplanes including the Clipper, the Stratoliner, the Flying Fortress and the Superfortress.