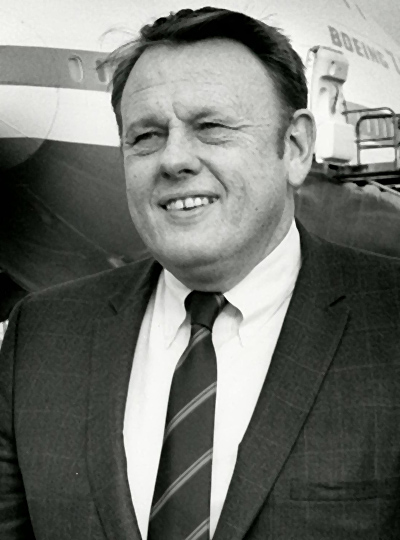 Malcolm T. Stamper
Boeing, 1962-1990 President, Vice-Chairman of the Board

Malcolm Stamper was born April 4, 1925, in Detroit, Mich. He served as a naval officer during World War II and later attended Georgia Tech, where he earned a degree in electrical engineering and also played guard for the 1944 and 1945 Yellow Jackets football team. He went on to study law at the University of Michigan.

Stamper joined Boeing in 1962 as director of the company's aerospace electronics operations. In 1965, he was elected company vice president and named general manager of the Turbine Division.

A year later Stamper was named president and general manager of the 747 Division, where he was responsible for running the program from startup to the first flight, as well as overseeing the construction of Boeing's Everett, Wash., facilities. Later, as vice president-general manager of the Boeing Commercial Airplane Company, Stamper directed all the activities involving production, sale and development of the 707, 727, 737, 747 and SST.