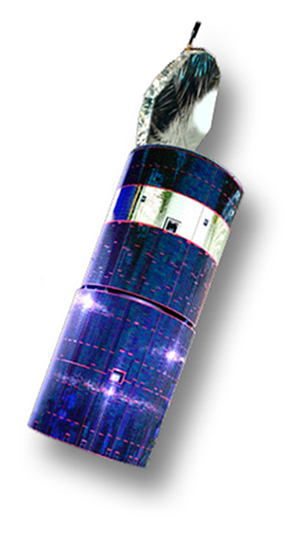 The popular and versatile Boeing 376 spin-stabilized spacecraft was the first satellite to be launched by a Space Shuttle. First built by Hughes Space and Communications Company, all Boeing 376 models have two telescoping solar panels and antennas that fold for compactness during launch. They were available in several configurations and were boosted by many of the world’s major launch vehicles.

e-BIRD, launched in September 2003, was the last Boeing 376 launched and remains in service today, along with several other Boeing 376 satellites. Following e-BIRD, Boeing shifted its focus to the body-stabilized satellites, such as the Boeing 601 and the Boeing 702.