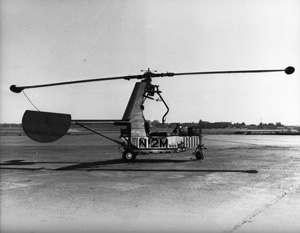 In 1950, McDonnell Aircraft Corp. began building its second ramjet-powered utility helicopter, called the Model 79. Nicknamed Big Henry, it was based on the McDonnell XH-20 Little Henry of the late 1940s.

The single test model showed satisfactory flight characteristics during testing, but like its smaller predecessor, Big Henry's ramjet engines were too noisy and used too much fuel. It did not attract a buyer, so the project was abandoned.