The mission was Delta 180. It occurred in the early '80s and was part of President Reagan's Strategic Defense Initiative Organization program. Delta, the rocket program of heritage company Douglas, was going out of business, so most of us were working elsewhere. But we came together with one last hurrah. (Of course history changed with the Challenger accident, which led to the rebirth of Delta and Delta II.)

It was a very classified mission at the time, and we not only built and modified the rocket but also built the spacecraft During terminal count we received a notification that a car was heading to the blockhouse, which was near the launch pad, going through all the Air Force roadblocks.

We were not sure what to do at the time, but the car reached the blockhouse and when they opened the blast doors, out came Gen. Abrahamson to wish the blockhouse crew all the best. He eventually joined us.

Since the mission was classified, many people did not know the end game, including the commentator for the mission. The end game was to have the spacecraft and the second stage run into each other, an in-space intercept never accomplished before. The announcer was in shock and speechless as the rest of us padded one another on the back. 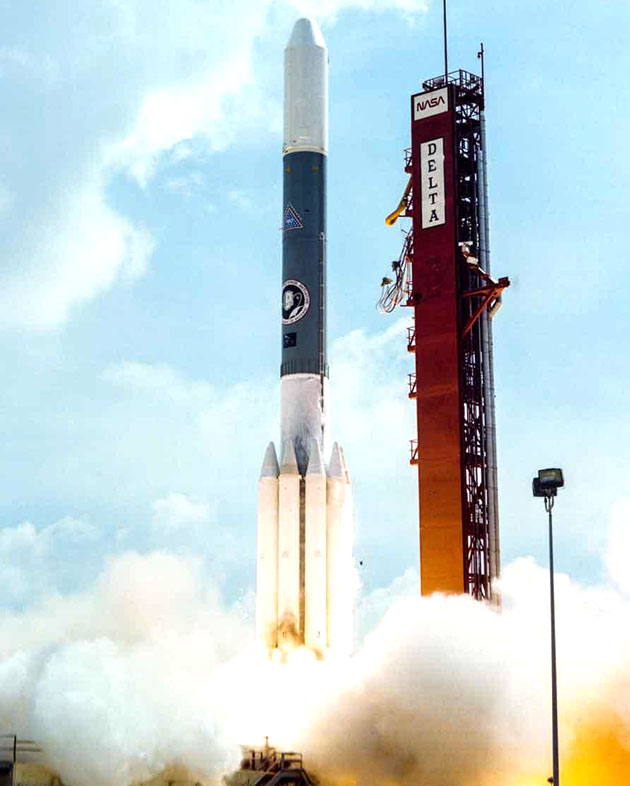 Delta 180 lifts off from complex 17 on the Cape Canaveral Air Force Station in September 1986.