I'm literally a product of the Boeing family -- I wouldn't exist without it. My parents met at the Boeing plant in Wichita, Kan., in 1941 in a carpool. Over time, their daily ride developed into a courtship and a marriage that lasted 46 years until my father passed away.

They worked second shift and got married during the day. Because World War II was on, they weren't allowed to take time off for a honeymoon, so they came to work the night they got married. I always tell people that if it weren't for Boeing, I wouldn't be here!

All three of my brothers worked for Boeing, and one of them just retired last year. I am the only remaining Boeing employee in my family. I'm very proud to still be here to celebrate the 100th birthday of the company that has meant so much to my family for the past 75 years of Boeing's existence. 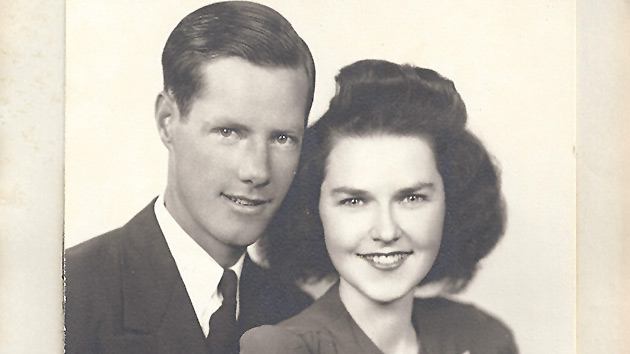 The author's parents, shown, met at the Boeing plant in Wichita, Kan., in 1941 in a carpool.