On Jan. 22, 1963, my mother boarded an airplane for the first time, giving wings to a new chapter in her life. A month prior, my father, stationed in Munich with the U.S. Army, had asked my mother to marry and join him in Europe.

In talking with my mom (now 79) about all of this, it becomes immediately clear how symbolic and emotional this flight was for her. The attached photo was taken from a postcard she sent back to her family from Munich describing her flight over the Atlantic ... from one day into the next.

For so many, including my mom, Boeing has played an important role in connecting people with one another and opening new life chapters. Thank you! 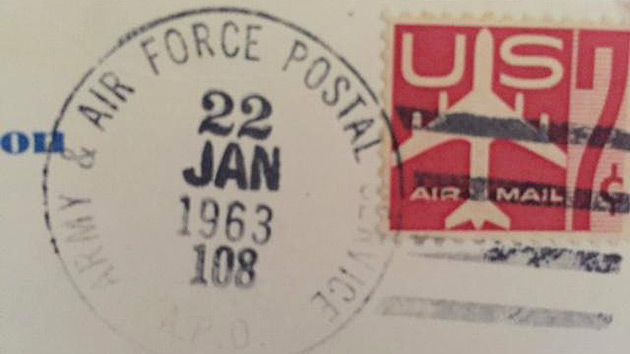 The postcard my mother sent to her family in 1963 described her flight over the Atlantic from the U.S. to Germany -- and to a new chapter in her life.