I was born Feb. 29, 1916 (a leap-year baby!), on a cattle ranch outside of Silver City, N.M. So I'm turning 100 the same year as The Boeing Company. I wrote to Boeing for a job in 1941, addressing my letter to "Boeing Company, Seattle, Washington." It arrived and Boeing responded, telling me that they had a job for me if I could get there in three days.

I immediately took off in my 1932 Packard Twin Six, a convertible with no top, and $50 in my pocket. I picked up some hitchhikers along the way and asked them to pay for some of the expenses. When I got to Seattle it rained for the first two weeks, but even so, I drove to work at Boeing in my topless car -- welcome to Seattle!

After 65 years of marriage, my wife passed away in 2012. Now, I live by myself on 5 acres of trees. I still heat the house with my own firewood. I'm pleased to be able to watch Boeing turn 100. The company and I grew up together and I've enjoyed watching how successful it's become during the 75 years since I became an employee. 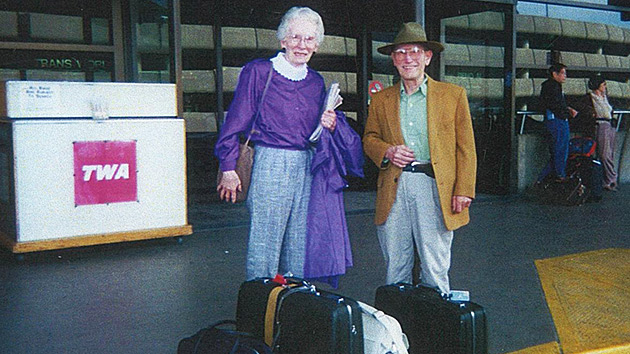