Another photo shows an aerial view, looking north, of the Boeing Wichita Modification Center in 1984. I was working in Industrial Engineering at the Mod Center, supporting the Used Airplane Program manager.

At that time, Boeing started into the used airplane business, taking trade-in L-1011 airplanes from Delta Air Lines (see six L-1011s on the upper right side of the ramp in this picture). In this picture are other programs Boeing Wichita Modification Center was supporting at that time, F-4 PDM, the KC-135 Re-Engine, B-52 support, among others. Also, the square outline footprint, at the end of the south hangar, is the beginning of the construction for the new VC-25 hangar to support the two new 747-200's that were being added to the presidential fleet. 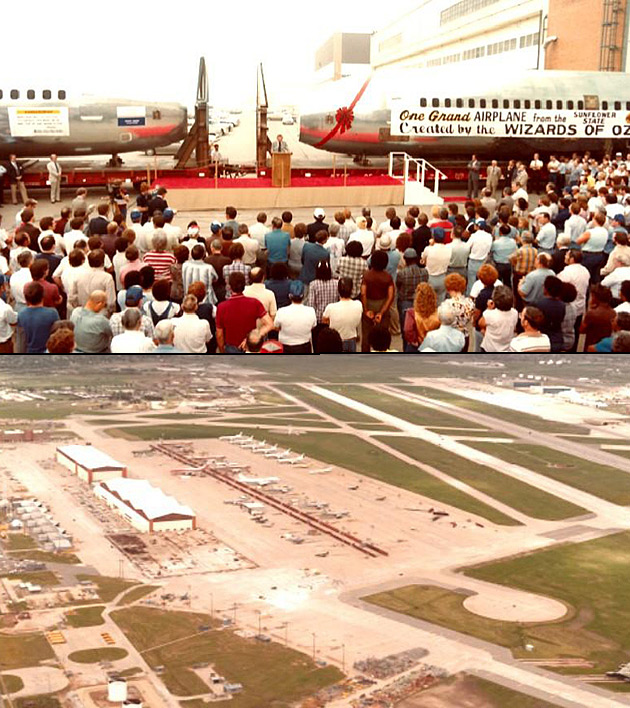