As I reflect on the time I was a stewardess, flying on a Boeing 247-D -- the first modern airliner -- I recall a time of great wonder.

Back then, before pressurized cabins, airlines hired nurses because of altitude sickness. Nurses had to be female, of a certain age, height, weight and single. It was considered un-American for married women to work.

Western Air Express put out the word: They needed five nurses on their new 247s. One hundred applied and I made it!

The seats were so plush. We always tried to give the best service, and the food was very good. We flew from Salt Lake City to Idaho, Montana, even California.

My favorite story involves a tribe from Montana. Western Air Express wanted to add a route to a Montana town on tribal land. To convince tribal leaders to allow us in, the airline offered a familiarization trip to 10 elders.

The tribal elders boarded the B-247 in traditional skins and fur. The group danced and chanted through takeoff. They did not sit. When the plane landed, an agreement was reached, and more dancing happened on the tarmac.

During my three years as a stewardess, I was based in Salt Lake City, where I met the most well-mannered passenger agent, Maury Keating. He was earning his pilot's license. When we married, I was forced to retire, but Western Air Express kept me on for a while to train new stewardesses.

Those paychecks helped get Maury through flight school and into the air before the U.S. entered World War II. At the start of the war, we moved to Los Angeles, where Maury flew B-24s. He flew for 32 years and retired as a captain from Western Airlines.

It was an adventure, but our greatest adventure was having five children. One of my sons became a pilot, and he recently retired from Northwest. He flew 747s from Seattle to Asia. Boeing is a big part of our family. Our family now includes 10 grandchildren and 13 great-grandchildren. Wherever we go in this world, our family likes to try to get to an air museum.

In fact, the Western Air Express Boeing 247 that flew me around the American West is on display at the Smithsonian National Air and Space Museum in Washington, D.C. The tail number ends with 336. 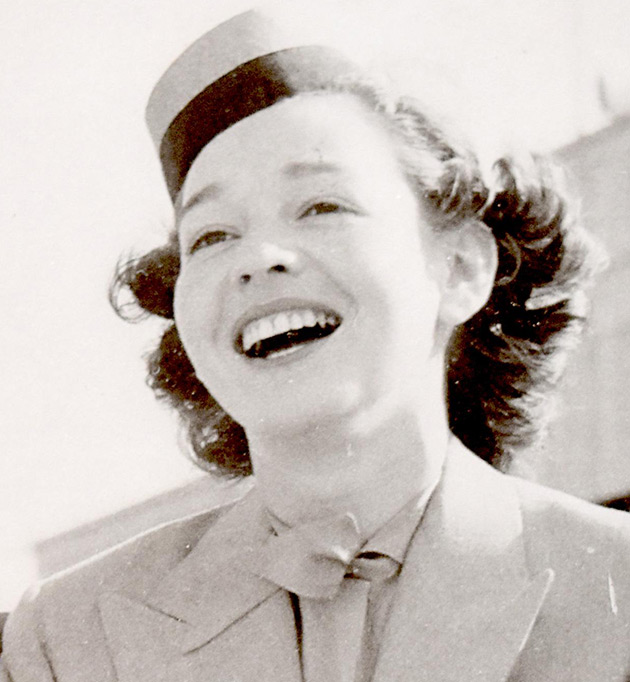 Margaret Keating was a stewardess on a Boeing B-247 for Western Air Express, where she met her husband.