My grandfather, Dave Conley, started working for the company in 1948 as a mechanic on the KC-97 Tanker and Boeing 707. He worked on various programs, moved into management and retired after 42 years, ending his career as the superintendent out on the flight line on the 747 Refurb. After he retired, he kept track of his "Fellow Boeing Retirees" and met once a month with them. He passed away in March of 2013, and he was so proud that I started working for The Boeing Company. Just tickled. Boeing was a part of his family.

My mother also worked at Boeing for 34 years and spent most of her career in Quality as a Quality manager. I will never forget when she took me to watch the rollout of the 777 back in 1995. She retired in January of 2014.

After I worked on the Tanker program, I moved on to Supplier Management for a year-and-a-half and now work in Quality, supporting the vice president. Even though I have only officially been working for the company for four years in January, I feel like Boeing has been a part of me my whole life. When I was hired on and met the Quality team, they all remembered my grandpa and mother.

I absolutely love The Boeing Company, and in the short time I have been here, I have met some great new friends and colleagues. Boeing is such a big part of who I am, and I look forward to a long career here. 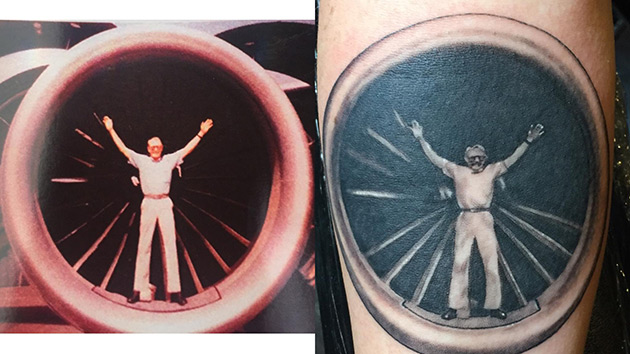