In 1979, in Buenos Aires, Argentina, I was hired by Aerolineas Argentinas as a maintenance mechanic. I was 19 years old, and I had just finished tech school with a degree equivalent to two years of mechanical engineering.

As a young mechanic I was fascinated by the airplanes I was working on, and I had developed great respect and admiration for Boeing. Around the time I was hired, the company's aging 707s were going through an extensive overhaul, and part of the work included a certain structural modification of the wings that required manufacturer's certification.

Once the work was completed, Boeing sent a team of inspectors to Buenos Aires to certify the modification, and I had the opportunity to see them at work. When the team finished with the inspection, I decided to approach them, and in my very broken English I managed to have a little chat with them.

To my delight, the inspectors seemed to notice my enthusiasm and were friendly and responsive to my curiosity. They joked with me and they answered all my questions, and at the end of our conversation they gave me a Zippo lighter with the profiles of Boeing airplanes etched in blue on its face.

The encounter made a huge impression on me, and it sparked my imagination with the impossible dream of working for Boeing.

I never accomplished that dream, but my daughter, Colette, did. She worked very hard to attain her degree, and she's now a Boeing engineer.

I'm not just tremendously proud of her for her accomplishment, but I'm also thrilled beyond belief that, thanks to her, my dream has been finally fulfilled. 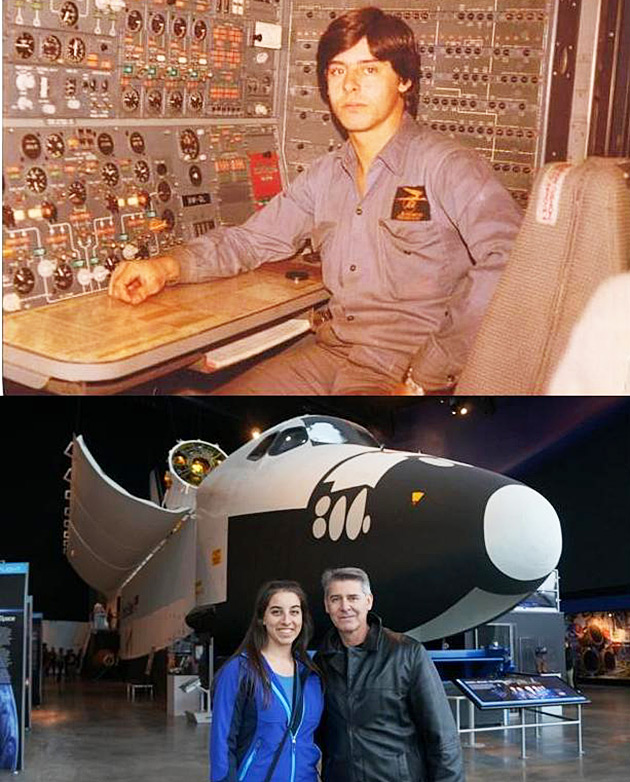