It was June 2008, and I had been with Boeing Defense, Space & Security for not even a year when I learned what it was to be part of the Boeing family.

I was working on a communications project called "Dispatches from Iraq" where I was documenting the capabilities of our Global Services & Support focus programs as they were deployed in the Gulf War for Boeing News Now (BNN). Before entering the theater of war controlled by U.S. and coalition forces, you had to surrender your passport and were issued travel orders and identification through the Combined Press Office of the U.S. Department of Defense.

It was a humbling experience watching our U.S. Service personnel in action. After crisscrossing Iraq for two weeks, escorted by U.S. Army soldiers, U.S. Marines and U.S. Air Force airmen, and filing video stories and blogs on our programs from places like Balad, Al Taqaddum, Baghdad and Mosul, I was ready to come home.

I flew out of Baghdad on a C-130 transport and landed back in Kuwait at Ali Al Salem Air Base and waited in a tent with about 75 contractors, journalists and strangers for my passport to be returned so I could fly home to the United States. It was miserable. Dirty, hot (110 degrees Fahrenheit) and all I could do was to think just how bad our U.S. troops had it all the time. I was fortunate to leave.

I had just found an area of the tent that I claimed as my own when my Boeing-issued cellphone rang. It was a call from a Boeing field service representative (FSR) supporting the AH-64 Apache program for the Kuwait Air Force.

"We've been following your reports on BNN and the blog," the FSR said. "Where are you right now?"

"I'm in a holding tent for a couple of more days while the U.S. military processes me out of theater and returns my passport," I said.

And with that, the FSR and two Boeing teammates jumped into a car and drove more than an hour out to the air base from Kuwait City and "rescued me." Three people I had never met knew that one of their teammates was in a unfamiliar land and could use some help. I spent the next three days with the FSR and his team at their clean and safe rental home in Kuwait City. They then drove me out to pick up my passport and make my flight home.

That gesture taught me a great deal about the people of Boeing and our culture. No matter where you are in this world, there is a Boeing teammate who will reach out to help whenever you need it. 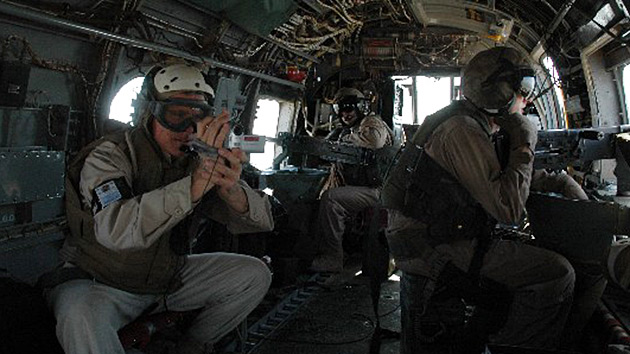