At 4 months old, my first flight was aboard a Boeing 707, with its open overhead bins! As a child, I especially enjoyed flying with my dad aboard the 747-200s, with their upper-deck lounges and spiral staircases. I have also been fortunate enough to have had the opportunity to spend considerable time on the flight deck of those magnificent "jumbo jets," with my father behind the yoke. There was no greater awe for me than to stand almost nose to nose with a 747, parked at a boarding gate at London, Rome or New York.

Later, my sister served as a flight attendant aboard 727s, 737s and 777s for different airlines, and I did ground operations for 737s. As an aviation enthusiast and passenger, I have flown aboard all the members of the Boeing 7-series family of aircraft. As it turns 100, Boeing has touched our lives for 47 of those years.

My dad was a "Boeing man" and I'd like to dedicate this to his memory, and his association with Boeing. He has been as much a part of Boeing's history as Boeing has been of his. I am glad that his (and our family's) story will find a place as a permanent part of the Boeing Archives. 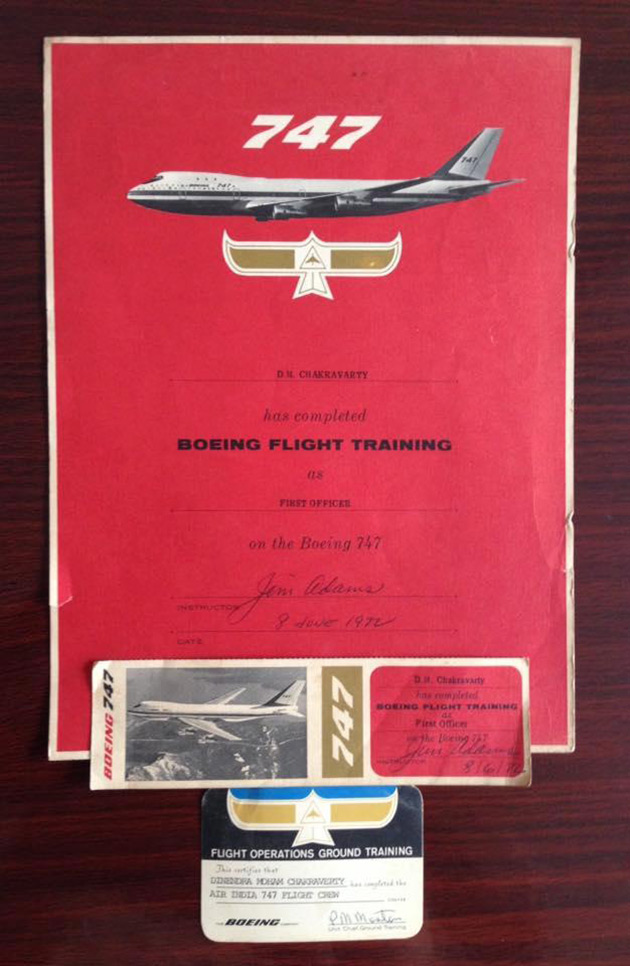 Capt. D.M. Chakraverty's 1972 certificate of Boeing flight training as first officer on the 747.