In 1966, I had a good job working on the engines on Boeing's Supersonic Transport (SST). It was why I was hired out of college in 1965. I enjoyed testing models of the SST in the Supersonic and Transonic Wind Tunnels at Plant II. However, due to problems, I decided to transfer to the Boeing 747 program. As a result, I asked for and got an important job as a propulsion engineer on the 747 engines.

The Boeing Company had bet the farm to build the 747, and the banks virtually owned Boeing. The 747 had to fly and sell or the company would go bankrupt. I could not believe the responsibility that they gave me for flight-testing the 747 engines.

The entire future of The Boeing Company depended on certifying the 747. There was a list of problems we overcame ... including a 747 model airplane joke:

We heard arguing at a management meeting, so we put a 747 airplane model in through the doorway. The arguing stopped as my model airplane rolled down the floor throwing sparks out the engines. Someone said: Look at the engines surging. This brought laughter and much relief. I did not know if the chief engineer would fire me over my stunt, so I never retrieved my model airplane. Finally he called me in and said, Lee, did you do that stunt? I said yes and he gave me my model 747 plane back. He said that was a good thing I did because it broke the tension and people got along better.

The 747 was certified on December 1969 by the FAA, in part due to the Certification of the Engines Document I mainly wrote. I worked many hours overtime until midnight and conducted 40 hours of flight testing. It was the best engineering I ever did in my career. This is why we were called the Boeing Incredibles -- a group admired by people for years. 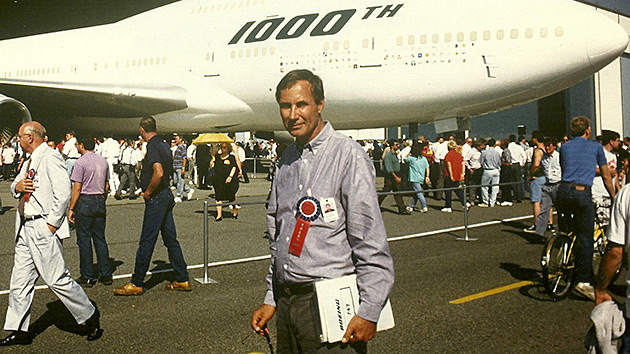