I've been a fan of Boeing planes since I was young. I've flown flight simulator versions of 737, 747 and 777 aircraft and loved all of them.

I lived in Victoria, British Columbia, for five years in the early 2000s. While there I visited the Boeing plant in Everett, Wash. I toured the 747 assembly line, and picked up a few mugs, T-shirts and sunglasses at the gift shop. I still have the mugs.

My first passenger flight on a Boeing plane was on a Westjet 737 from Victoria to Toronto. I wore my Boeing Family T-shirt (back graphic of all the 7x7 planes in production at the time). As I boarded, the flight attendant poked my back and said, "That's our plane!"

Just two weeks ago, I rode a 777 for the first time ... Air Canada from Toronto to Heathrow, and then again for the return flight a week later. Both were beautiful flights.

I now proudly base my flight choices on the equipment being flown, and will always choose Boeing over any competitor when possible. Hopefully in the years to come, I'll get to experience my first 747, 757, 767 and 787 flights! 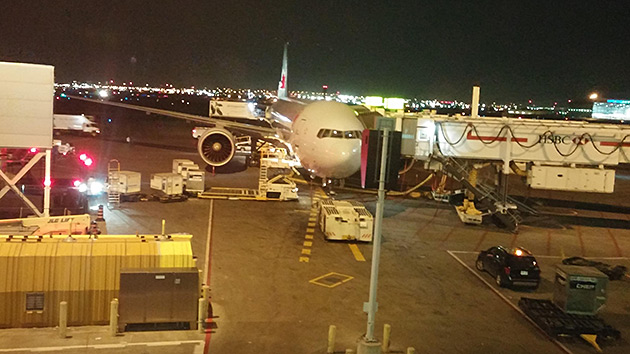