My story begins in 1986 when I was just 5 years old. I went to the old Fortaleza Airport, Pinto Martins, to pick up my grandmother as she was arriving from Brasilia. At some point I remember I lost track of my mother, and all of a sudden I was alone.

I remember someone who worked at the airport came and asked me where my parents were. So this person took me to the observation deck of the airport to entertain me while she looked for my mother. It was the very first time I saw a Boeing 737 right in front of me. I remember the feeling of perplexity and to stare at the plane, as it was taxiing in, and the huge noise of its engines shutting down as it came to a stop right in front of me.

At that very moment I knew and said to myself, 'That's what I wanna be in life, I wanna be a Boeing pilot." Twenty-nine years later, at the age of 34, I am a 737NG first officer, and I've been flying that jet I fell in love with for six years now.

Boeing, you have changed my life ever since I first met you. Thank you. 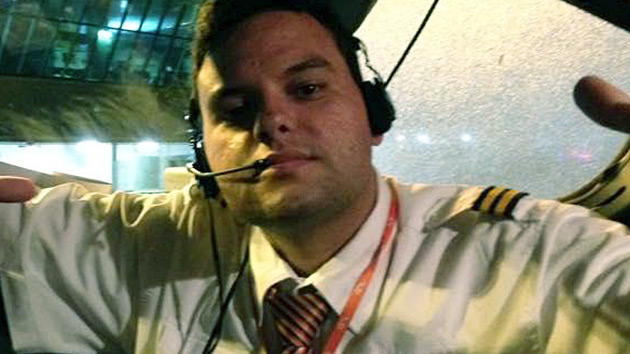 Geraldo Tavares in the flight deck of a 737 during boarding.