I started carpooling on my first day at Boeing in 1953. From Edmonds, Wash., I commuted to Plant 2 with my father in his 1937 Chevrolet sedan. Until the early 1960s, if a family had a car at all, they usually had only one.

One day a fellow carpooler told me about a five-year apprentice program he'd taken in tool and die making. I was intrigued and decided to pursue it.

After waiting a year to get in, I started the program, switched to day shift and rode to work with my brother in his station wagon. I graduated and became a tool and die maker, which I have remained for most of my Boeing career. I now work at Everett.

Except for two years of military service, I have continuously worked at Boeing for over 60 years. I was in and out of the Renton plant twice and at Plant 2 twice. I have carpooled to work on and off for 35 years.

Traffic was not much of a problem initially, even though I-5 had not been built yet. The carpool got to work by going through downtown Seattle on Second Avenue and going home on Fourth Avenue. The group got rideshare parking at the factory because it met the three-person-minimum requirement. Boeing did not have vanpools then, and carpools typically had three or four riders.

In the early 1990s, parking got more difficult at Boeing so shifts' start times were staggered to accommodate more parking. After that, it became more challenging to find co-workers to carpool with. 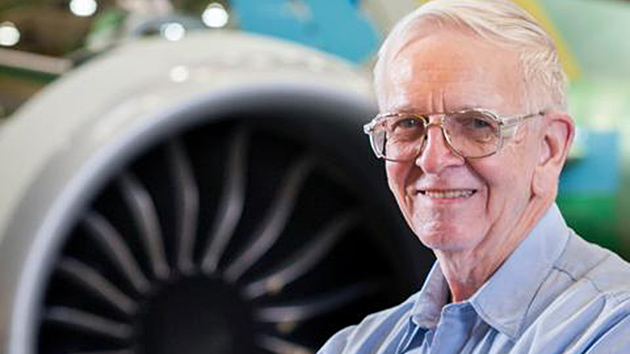 Walter Leyda began carpooling to work at Boeing in 1953.