On a flight over several hours, we got a high vibration on the starboard outboard J-47 engine ... shut it down! Then got a fire warning light on one of the engines in port nacelle ... shut down both engines. Then, soon after, we got a high vibration on the port outboard engine ... shut it down. So there we were, operating with only the remaining two J-47 engines on our B-47.

We landed the aircraft safely and discovered that the problem was only instrumental -- not a fire or a true engine vibration issue. But it did cause a bit of an anxiety for us crew members -- the AC who was an AC at 18 in World War II flying B-17s, the Bomb-Nav, and me just out of pilot training. 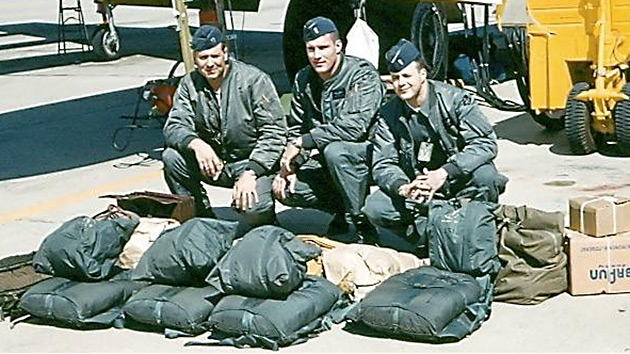 Preparing for a B-47 flight with the U.S. Air Force's Strategic Air Command.