As far back as I can remember, I've always loved space. The adventure and excitement of exploring that vast frontier has always called to me, stirring my heart; urging me to take part in something greater than any one of us. As a kid, I devoured the biographies of all the early astronauts, from Project Mercury through Apollo, and read up on every scrap of technical data I could find on spacecraft like the space shuttle and spacesuits. I tailored my studies to mimic my heroes and chose engineering as my field because many of the astronauts were themselves engineers. After I graduated, I took a job in Houston, with the goal of one day coming to work for the space program. Little did I know that my dream would become a reality sooner than I ever anticipated.

In 2000, a few months after I arrived in Houston, an opportunity presented itself in the form of a Boeing career fair for jobs on the International Space Station program. I fired off a few copies of my resume and headed down, not knowing that I would soon be joining the Boeing family.

Not long after that career fair yielded some interviews, I started my career at Boeing and realized my dream of working on the space program. In the nearly 11 years that I spent in Houston and on the ISS (International Space Station) program, I worked a variety of jobs, from helping develop simulations and test equipment in our Systems Integration Lab, to being a video subsystem engineer in the Station's Communications and Tracking (C&T) team.

It was during my time on the C&T team that I was able to "check off" pretty much every item on my space wish list, save for actually going up into space as an astronaut. I worked on tests that aimed to study what upgrades we could introduce into the existing system architecture. I worked on-orbit issues and developed solutions to close the anomaly reports. I tested flight hardware and even traveled to Italy to test the Node 3 module at the Alenia facilities in Turin, Italy.

Most exciting of all, I was a part of our Mission Evaluation Room team and manned our C&T console during ISS assembly missions. Never in my wildest dreams as a child did I see myself in the Mission Control building, staring at actual spacecraft telemetry, while talking to flight controllers and listening to the astronauts on the active voice channels. Yet all of that became part of my reality, thanks to Boeing.

It's been an incredible journey, one that could only have happened at a company like Boeing, whose broad and diverse product portfolio means that an engineer can start their career working on manned spacecraft, then one day find themselves working on commercial airplanes and military derivatives, and everything in between. 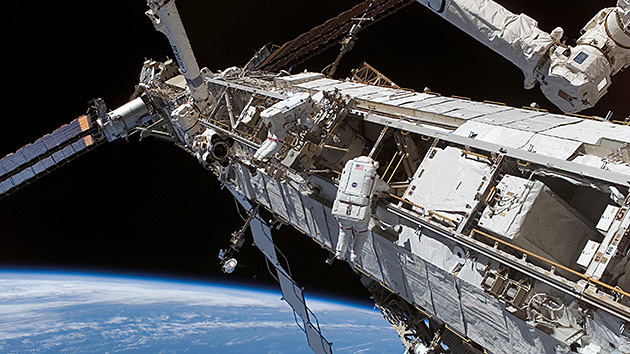